Mickey has difficulty saying "No", so he turns to Donald for help.

As Mickey watches TV with buttered popcorn, the doorbell rings, and Minnie comes inside the house, asking to borrow butter. Mickey doesn't want Minnie to get some, but he has a very difficult time saying "no" to prevent her from doing so. Mickey agrees to give a stick of butter, formed from the topping on his popcorn, to Minnie, which she appreciates, then leaves, leaving Mickey's popcorn plain. Suddenly, Goofy comes into the house, asking to borrow Mickey's chair to use for "chaiready." Mickey tries to say "no" again, but fails. Mickey puts his chair onto Goofy's car, then Goofy drives away. Mickey's had enough, but then even more people come to take Mickey's possessions. Scrooge wants to borrow 5 dollars, Mortimer wants to borrow Minnie, Pete wants to shave his back, Huey, Dewey, and Louie want to borrow some toilet paper to throw on Mickey's house, a dogcatcher wants to move Pluto, a cat wants to eat Gubbles, and the Three Little Pigs want to demolish Mickey's house. However, Mickey is unable to prevent any of these from happening due to his inability to say "no." As Mickey sits in front of his demolished house, Donald comes along and tells him what the issue is. Mickey explains that he can't say "no," then Donald comes up with a solution. Donald presses hard on Mickey's nose, then punches his tummy. Mickey constantly says "Nnnn... Oooh!" during this until he finally says "no" properly. Donald is impressed, and Mickey tries to thank him until he shouts "NO!" rudely. Suddenly, Mickey is now shouting "NO!" to everything he encounters, including telling Colleen where to find Main Street, helping an old lady cross the street, a stop sign, the police telling him to pull over after he ran the stop sign, and telling the truth in court after he's asked the oath to be honest in his testimony. Mickey is arrested for his actions. Then, his cellmate asks a question about his prison uniform. This made Mickey shout a long "NO!" as he breaks out of jail and escapes, setting up a manhunt for him as police helicopters search for him. Mickey returns to what's left of his house and sobs over how saying "no" got him in so much trouble, only for the Three Little Pigs to add a second story to Mickey's house, the cat to provide a friend for Gubbles, the dogcatcher to give Pluto back, Huey, Dewey, and Louie to remove the toilet paper from his house, Pete to finish shaving his back, writing "THANKS" on it, Scrooge to return the money he borrowed with interest, Mortimer to return Minnie after being beaten up by her, Goofy to return Mickey's chair, and Minnie to return the butter and place it onto the popcorn. Mickey is now happy that his belongings were returned thanks to his ability to say "no." Then, everyone asks Mickey if he minds if they join Mickey to watch TV, which Mickey replies with "yes" as he smiles.

"Can I borrow five dollars?"

"Mind if I borrow your girl?"

(laughs) "You never could say no."

"Do these horizontal stripes make my butt look big?" 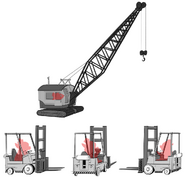