Obi-Wan Kenobi is a Star Wars series by Lucasfilm. It centers on Jedi Master Obi-Wan Kenobi, with Ewan McGregor reprising his role from prequel trilogy. It premiered on Disney+ on May 27, 2022 with two episodes, and concluded on June 22, 2022.

During the reign of the Galactic Empire, former Jedi Master Obi-Wan Kenobi embarks on a crucial mission. Kenobi must confront allies turned enemies and face the wrath of the Empire.

There have been rumors about the series for years, and according to Cinelinx's sources on August 16, 2019, the concept of the series is moving to the Disney+ streaming service. It has also been reported that McGregor has signed on to reprise the role of Obi-Wan Kenobi, a role he inherited from Alec Guinness and played in the prequel films. An official announcement was made during the Disney D23 event on August 23, with Ewan McGregor confirming that he would reprise his role.[1]

On May 11, 2021, McGregor confirmed that filming had officially begun.

According to Kathleen Kennedy, the original scripts were far too bleak, and production had to be paused in order to do a rewrite that gives the series a more hopeful and uplifting story.[3]

On February 17, 2022, Variety reported that John Williams scored the theme music for the series, while the composer for the series has yet to be determined.[4]

On April 22, 2022, Vanity Fair reported that Natalie Holt would compose the score for the series.[5]

First poster of the series 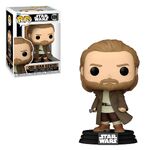 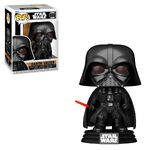 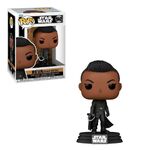 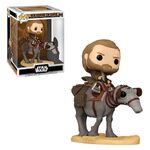 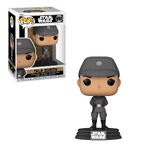