The Odyssey Events Pavilion is a flexspace building at Epcot near the borders of Future World (now renamed World Celebration) and World Showcase.

The Odyssey opened with the park as the Odyssey Restaurant and also hosted a center for first-aid, lost children, and baby services. The restaurant featured a stage for live entertainment, with "Mickey's Rocking Celebration" running from the late-80s until the restaurant's closure in July of 1994.

After the restaurant's closure, it became a flexible space available for events with occasional seasonal use, referred to as the Odyssey Center by Disney Event rental websites. Starting in 2016, it began being regularly re-used for Epcot's festivals, operating during the Food and Wine Festival and the holidays. It was officially rebranded as the Odyssey Festival Center for the 2017 debut of the Festival of the Arts, where it has served as an art gallery under the name of Epcot Legacy Showplace, as a special exhibit for EPCOT's 35th anniversary celebration.

In 2019, it was revealed that the Odyssey would house the Epcot Experience Center, a preview space for the park's massive expansion project. The Experience Center is essentially an expanded version of D23 Expo 2019's Epcot displays, with the park model surrounded by a screen showcasing new attractions coming to the park with projection mapping transforming the surfaces of the model for each presentation. Photo opportunities based on new attractions are also featured. 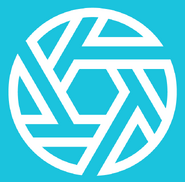