Frozen II
Olaf's Frozen Adventure is an animated musical/fantasy featurette produced by Walt Disney Animation Studios. It is based on the animated film, Frozen, which mostly follows the film's comic reliefs, Olaf and Sven. It premiered in front of Pixar Animation Studios' nineteenth full-length animated motion picture Coco on November 22, 2017.

It is Christmas time in the Kingdom of Arendelle, and the castle is buzzing with excitement. It is also Queen Elsa and Princess Anna's first holiday since Elsa became Queen, and the sisters are going to throw a surprise party for the entire kingdom ("Ring in the Season"). Olaf, full of Christmas spirit, cannot wait for the celebrations to begin. The courtyard is soon filled with the townspeople. Kristoff and Sven wheel in the giant Yule Bell, which Anna and Elsa ring to officially announce the holidays to begin.

However, instead of entering the holiday party, all the townspeople walk away as the castle doors open. The villagers are going home to enjoy their family traditions, and they do not want to intrude on Anna and Elsa's traditions. Kristoff tries to cheer up Anna and Elsa by sharing a tradition that he and Sven have always enjoyed with the trolls. Sven brings in a mud troll named Flemmingrad (a troll who was killed trying to flee through a tight mountain pass from humans), and everyone must lick his forehead to make a wish. However, Anna and Elsa are not keen to lick the troll and pass on the offer.

Following Anna and Elsa into the ballroom, Olaf wants to know about their favorite family tradition (since the Yule Bell ringing ceremony is a tradition for the kingdom of Arendelle, not for the family themselves). Sadly, Anna and Elsa do not believe they have a personal tradition, especially after the gates were closed and the two sisters became distant from each other. Elsa blames herself for them not having a family tradition, and sadly leaves the room. Olaf does not like seeing Anna and Elsa upset (Anna especially, being reminded of what it was like for Elsa to shut her out the last 13 years), and suddenly comes up with an idea to find them a tradition.

Accompanied by Sven and taking Kristoff's sleigh, Olaf goes door to door, asking people about their family traditions. The first thing he sees is a family who make candy canes together each year. Olaf likes the family's tradition, especially when he is given a candy cane and instantly gets a sugar rush when he replaces his nose with it. However, there are still many more to find. Going from house to house, Olaf learns all about the different things families do together for the holidays. He puts something from every household onto the sleigh, and soon it is overflowing with wonderful traditions for Anna and Elsa.

Around nighttime, at Wandering Oaken's Trading Post and Sauna, Oaken greets Olaf and Sven, who both join the Oaken family in their holiday tradition; relaxing in the sauna. Afterwards, Olaf and Sven return to the castle with a sauna on the sleigh. They are very pleased with all the traditions they found. As they make their way through the mountains, a hot coal from the sauna tumbles out and falls into the pile of traditions, setting the whole sleigh on fire. The burning sleigh drags Olaf and Sven down the mountainside. They are flung to opposite sides of the ravine as the sleigh goes over the cliff and explodes into the snow below. The traditions they found are gone, except for a fruitcake. Olaf tells Sven he will meet him back at the castle, and skips off into the dark woods. In the distance, Sven hears the howling of hungry wolves chasing Olaf. He races back towards the castle to get help.

Back at the castle, Elsa feels bad about walking away from Anna, and decides to go and look for her sister. She finds her in the attic, looking through her old trunk from her childhood. She wants to know what is in Elsa's trunk, and finds it only full of gloves. Elsa lifts out a row of gloves and her childhood stuffed penguin Sir Jorgen Bjorgen. She reaches into her trunk and pulls out a small wooden box with two tiny bells on it. She hands it to Anna and tells her to look inside. Anna opens the box, and her face brightens.

Meanwhile, Sven, split off from Olaf, races back to the castle. He bursts into the stables and tries to tell Kristoff that Olaf is in danger, but does not understand. Anna and Elsa appear in the doorway, and instantly know what Sven is trying to say. Anna takes charge and orders everyone to gather for a search and rescue. Anna, Elsa, Kristoff, Sven, and an Arendelle search party head into the mountains in search of Olaf. Anna and Elsa call for their friend several times, but get no reply.

Suddenly, the sisters hear a sad, familiar voice. Anna and Elsa look around and see a carrot sticking out of a large pile of snow. After pulling him out of the snow, Olaf tells them everything that had happened. He tells Anna and Elsa about the traditions he lost, and was sorry that he could not give them one. Anna shakes her head, admitting, it turns out, she and Elsa did have a holiday tradition. Anna shows Olaf the box, full of artwork of him, both drawings and a sculpture. Elsa tells Olaf that it was him who brought them together and kept them connected when they were apart. Every year, Anna would make some artwork of Olaf and slip it under Elsa's door. Elsa would then keep it all in a box. The sisters both treasured the artwork, because it reminded them of their childhood and of how much they loved each other. Olaf is delighted and surprised, because he now knows that Anna and Elsa had a holiday tradition after all; he was their tradition.

Kristoff, Sven, and the rest of the search party gathers around, overjoyed to see Olaf safe and sound. Elsa wants to do something special to celebrate. She uses her magic to create a sparkling ice Christmas tree, and decorates it with lanterns from the search party. She also makes a star of ice around Anna's small Olaf sculpture. Then Olaf hangs it on top of the tree. Elsa and Anna are happy and grateful to be with family and friends. Elsa looks around and thinks Arendelle has a new tradition, to which Anna agrees and thanks Olaf.

The short was announced to air on ABC in late 2017 as a television special. As development increased, however, the project was deemed "too cinematic" for television, thus became a theatrical featurette. Emmy award-winning directors Kevin Deters and Stevie Wermers-Skelton are set to direct the project, while Roy Conli (Big Hero 6) is set to produce.

Frozen songwriters Robert Lopez and Kristen Anderson-Lopez were too busy to helm the music for the project, but were directly involved in the choosing of the songwriting duo Kate Anderson and Elyssa Samsel. Four original songs were composed for the special.

When speaking to Entertainment Weekly about the featurette, executive producer John Lasseter explained that the short will coexist alongside the original 2013 Frozen and the 2015 short Frozen Fever as one coherent story-arc for Anna and Elsa, which will all coalesce in the 2019 full-length feature sequel, Frozen II.

Olaf's Frozen Adventure was released in theaters along with Pixar's Coco on November 22, 2017 for the first three weeks of the film's release. In the UK, it was again released with a re-release of Frozen on November 25 and 26, 2017. A DVD of the special was later released in the UK on December 7, available exclusively at Tesco.[1] In Brazil, it was released on Disney Channel and Disney Junior on December 8, 2017, due to Coco being premiered on theatres only on January 4, 2018.

Olaf's Frozen Adventure made its US television debut in December 14, 2017 on ABC. The short was released with six bonus shorts on digital platforms on December 17, 2017 with a blu-ray combo pack release slated for November 13, 2018.

The week after Coco's release in Mexico, local media noted audiences' strong dislike for the length of the short film (even though Disney's previous featurette, The Prince and the Pauper, was four minutes longer). A few days later, all the cinemas in Mexico offered apologies for it and removed the short film from exhibition. Alissa Wilkinson of Vox.com also reported that audiences in North America have been critical of Disney's decision of screening the 21-minute short film before the main attraction. She additionally felt that the short would have been better off released on television as announced originally instead.

Simon Boyle of The Sun wrote that the short film "doesn't disappoint", adding it "provides a perfect bridge to the hotly anticipated full sequel".

Disney announced the short would no longer appear in front of Coco in the U.S. as of December 8th, bringing its limited release to an end after just sixteen days. Because of the 21-minute shorter running time, theaters would have more space to schedule extra showtimes for Coco.

The Disney Wiki has a collection of images and media related to Olaf's Frozen Adventure. 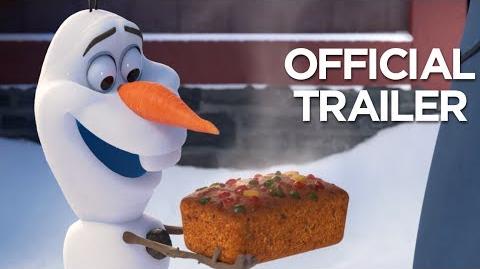 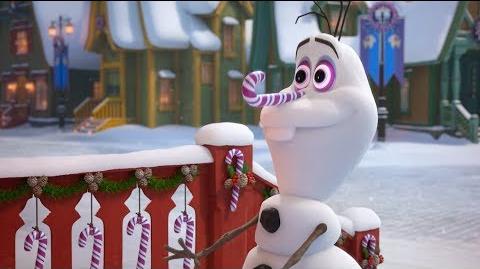 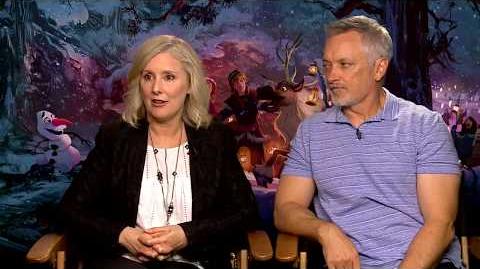 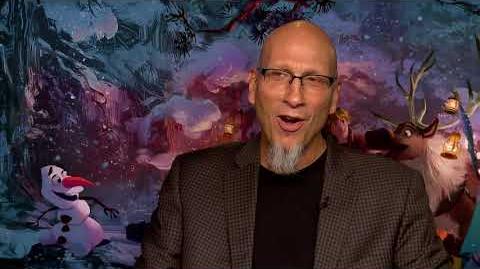 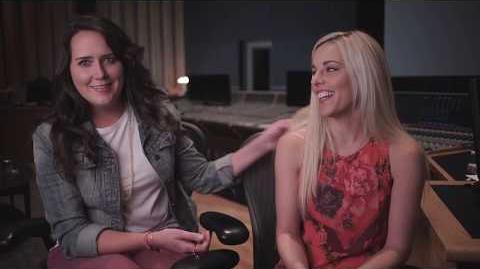 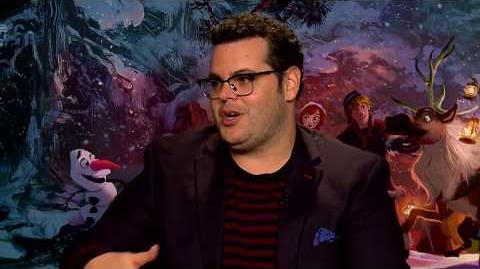 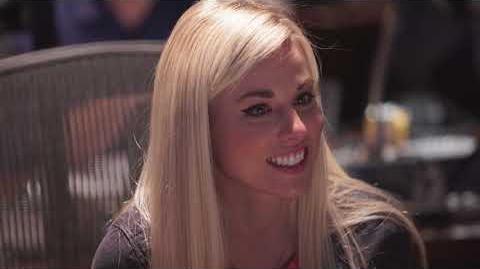