One Hour in Wonderland

One Hour in Wonderland

English
One Hour in Wonderland is a 1950 television special made by Walt Disney Productions. It was first seen on Christmas Day, 1950, over NBC (4–5 pm in all time zones) for Coca-Cola, and was Walt Disney's first television production. It featured Walt as host, with Bobby Driscoll, Kathryn Beaumont, Edgar Bergen & Charlie McCarthy (who appeared on radio for Coke), and other celebrities who worked with Walt, including the Firehouse Five Plus Two jazz band. This special was actually a promotional film for Disney's then-upcoming theatrical feature, Alice in Wonderland. Kathryn Beaumont, who was the voice of Alice, was dressed like her character for this special.

This television special was included as a bonus feature on the Exclusive Archive Collection CAV Laserdisc, the Masterpiece and Un-Anniversary DVD editions of Alice in Wonderland, as well as the 2011 Blu-ray release.

Edgar Bergen informs Charlie McCarthy and Mortimer Snerd that Walt Disney has invited them to a tea party. Charlie is hesitant to go, but reluctantly changes his mind when he learns Kathryn Beaumont will be there. While driving to the studio, Edgar tells the story of Alice in Wonderland, much to Charlie's dismay. When they arrive, Walt Disney tells everyone that he was able to buy the Magic Mirror from Snow White (who apparently got it from the Wicked Queen). Charlie insults the mirror, calling it a "hopped-up television set." This enrages the mirror but Walt calms him down. The Mirror then shows everybody what they wish to see. He shows Kathryn a scene from Snow White and the Seven Dwarfs, Charlie the Mickey Mouse short Clock Cleaners (although Charlie wanted to see himself), Bobby Driscoll a Br'er Rabbit story, Mortimer a Pluto short, and Edgar a performance by Firehouse Five Plus Two. At the end of the song, they see Walt, and frantically finish a scene with Tweedledee and Tweedledum. The Mirror at first refuses to show the unfinished Alice in Wonderland film, but changes his mind when everyone wants to see it. The Mirror then reluctantly shows a scene from Alice in Wonderland. At the end of the special, Edgar has acquired the Magic Mirror. Charlie tries to make a deal with the mirror, but it turns out Mortimer is the new slave of the magic mirror. Charlie changes his mind and goes to sleep. 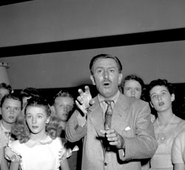 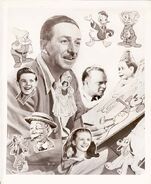 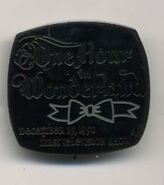