The Lion Guard
It's UnBungalievable!

To help Kion
To protect and defend the Pride Lands

The Pride Lands (formerly)
The Tree of Life

Bats, violence, things that are sticky, danger, being called "egghead" when he looses his crest feathers

Ono is the quaternary protagonist of the Disney Junior series The Lion Guard. He is one of Kion's friends and a member of the Lion Guard. His position on the team is the keenest of sight. When he becomes vision-impaired, he gives his position to Anga while he becomes the smartest of the team.

Ono is described as an intellectual and brainy egret. He never hesitates to take to the air and seek out animals in help, and will sometimes act even before Kion asks him to. Ono is loyal to Kion and rarely questions his leader. Despite his sharp social skills and optimism, Ono is exceptionally blunt and able to lay out his feelings without any sugar-coating. He is by far the most down-to-earth member of the Lion Guard, always thinking things through before jumping in. Perhaps this is in part because of his keen eye and ability to step back and assess before taking action. His intellect is sharp, and he has the cleverness and patience to act on it. Ono is brave and has a knack for following the rules. His principles are clear in his willingness to fight with his full heart for the Circle of Life, and he is a valued member of the Lion Guard for his intelligence and ability to see things from afar.

Ono is quite well-informed in regards to the animals of the Serengeti, and he often states facts out loud for the benefit of his friends. He is very respectful to royalty and is noted to be punctual. Ono isn't afraid to show his annoyance to other animals and is also very reserved. Ono's value to the Lion Guard doesn't get to his ego, but it does make him a workaholic, as revealed when he tries to continue flying after he's temporarily hurt his eye.

Ono Ono is a narrowly built egret with a very skinny pair of black legs that are striped with orange, which lead to a pair of orange claws. The end of each claw also has a black spot. His upper body is compact, with pure white feathers across the main part of his body. Some pale orange and yellow feathers reach into the end of his wings and form a band around his neck.

In "Battle for the Pride Lands", as a teenager, Ono has grown taller.

Ono, along with Bunga, appears in The Lion Guard's spin-off short series It's UnBungalievable, which involves him and Bunga choosing two animals and deciding which one is better at something. 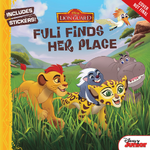 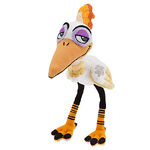 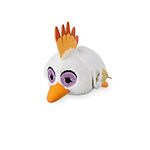 Retrieved from "https://disney.fandom.com/wiki/Ono?oldid=3746180"
Community content is available under CC-BY-SA unless otherwise noted.