None of the otters in Finding Dory have any spoken dialogue throughout the film. However, it is known that they are capable of cuddling each other to show awes to humans, especially as shown towards the climax of the film where traffic stops and the drivers notice what the otters are doing. This is used as a plan for Dory to find rescue Nemo and Marlin who are still inside the transport truck leading from California to Cleveland. However, when it comes to one of the truck drivers angrily noticing this, they end up retreating back to the ocean in fear, indicating that they are sensitive to hostile people.

The otters first appear in the scene swimming in the background on the coast by a nearby pod of sea lions by the Marine Life Institute during the scene where Marlin and Nemo are having a conversation about what he did wrong to Dory. More otters next appear briefly in their viewpoint exhibit where the voice of the MLI intercom announces that the baby otter talk is about to begin, in which the otters' keeper thanks him/her for beginning the baby otter talk; she then encourages visitors to learn about the behavior of otters in their exhibit, while Dory and Hank pass-through this exhibit on their way get to the Open Ocean exhibit. Upon seeing the otters cuddle each other, Dory is overjoyed with the otters cuddling with each other while Hank tells Dory to know if both of them are close to the Open Ocean Exhibit in which a visitor accidentally steps on one of his tentacles and results in him arguing with Dory shortly and ending up in the Kid Zone exhibit.

More otters next appear when Dory, Destiny, Bailey (who escaped their exhibits after Dory tells them she found her parents), and her parents Charlie and Jenny are planning to stop the traffic (including the Cleveland Aquarium transport truck) in order to rescue her friends inside the truck with things that are cute. After telling Destiny to flip Dory when the truck reaches the bridge, she tells the otters to follow her while she tells everyone else to stay in an attempt to rescue Marlin and Nemo. Several otters reach the bridge as Bailey tells Destiny to tell her to flip Dory when the otters reach the bridge and one of the adult otters carries Dory after Destiny flips her. Upon doing so, Dory tells the otters to cuddle with each other in order to stop the traffic, in which several passengers stop their cars to see their cuteness.

Meanwhile, two of the otters open the Cleveland Aquarium truck to help Dory find her friends while Hank rescues Dory to reunite her with Marlin and Nemo. Suddenly, a passenger is upset with the otters inside the transport truck yelling, "Those aren't your fish!" to them and the otters retreat from the angry passenger back into the ocean, causing the traffic to move again.

In the end credits, some otters are seen swimming in the background within the kelp forest of Morro Bay as the screen scrolls up to the surface of Morro Bay.

Otters on a billboard at Pixar Pier 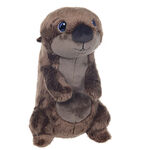 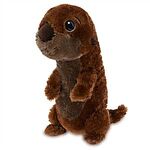 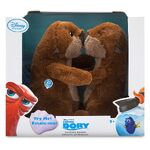 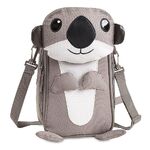 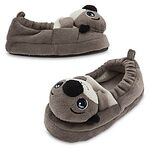 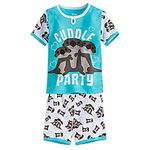 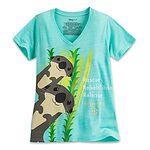 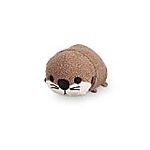