The area is based upon the fictional exoplanetary moon Pandora from James Cameron's Avatar film series and set a generation after the film events. Pandora: The World of Avatar includes two major attractions, Avatar: Flight of Passage and Na'vi River Journey, as well as retail, food, and beverage outlets.[2][3][4] The area also includes Pandora's floating mountains, alien wildlife, and bioluminescent plants.[3][5][6][7]

In early 2011, James Cameron was approached by the Walt Disney Company's chief executive officer, Bob Iger, regarding the possibility of Avatar-themed attractions in Walt Disney Parks and Resorts.[11] Originally, discussions were held about creating an Avatar-themed attraction at Disney's Hollywood Studios, perhaps at the park's then-functioning Studio Backlot Tour.[12] Instead, Tom Staggs suggested to incorporate the film into a newly designed "land" at Disney's Animal Kingdom to improve the park's attraction roster.[12] Disney entered into an exclusive, long-term licensing agreement with Cameron's Lightstorm Entertainment and Fox Filmed Entertainment for the worldwide theme park rights to Avatar; Disney agreed to pay Cameron and Fox a licensing fee and a percentage of merchandise sales.[11][13] This deal was officially announced to the public on September 20, 2011, on the Disney Parks Blog.[14] The highlight of the announcement was that Disney's Animal Kingdom would receive a new themed area entirely devoted to Avatar.[7] The area is set to cost approximately $500 million.[11] Construction began in January 2014,[9] with a planned opening date between three and five years later.[2][3] The deal could see Avatar attractions added to other Disney theme parks in the future, however, there are no immediate plans to do so. [15] This possibility is increased by the fact that, as of March 20, 2019, Avatar is now a Disney property (with the second movie distributed by Disney), following Disney's purchase of 21st Century Fox.

Pandora – The World of Avatar is designed by Walt Disney Imagineering and Lightstorm Entertainment with Avatar producers James Cameron and Jon Landau also providing creative assistance.[13][16] The area is being built in the former location of Camp Minnie-Mickey, which was originally earmarked for the Beastly Kingdom, a never-built themed land which would have been based around mythological creatures.[17]

Disney showcased a first look presentation of the land at the 2013 Japan D23 Expo.[18] In September 2011, James Cameron confirmed that a flying attraction featuring "3-D projections and creature designs that were cut from the original film" was a concept on the drawing board for the area.[11] Pandora: The World of Avatar will include elements from the original Avatar film as well as its four, yet-to-be-released sequels.[16]

Pandora - The World of Avatar is set a couple of generations after the film series. In the Valley of Mo'ara, nature has been steadily reclaiming the RDA's old facilities and relationships between the humans and the Na'vi have become much more friendly. A new eco-tourism group, Alpha Centauri Expeditions, or ACE for short, has established a treaty with the Omaticaya tribe to establish a base camp for human tourists to visit Pandora and share in the Na'vi culture. Additionally, a scientific group known as the Pandora Conservation Initiative has been working with ACE in helping restore the damage wrought on the environment by RDA's operations and have taken over the Avatar program to allow guests to fly on Banshees. 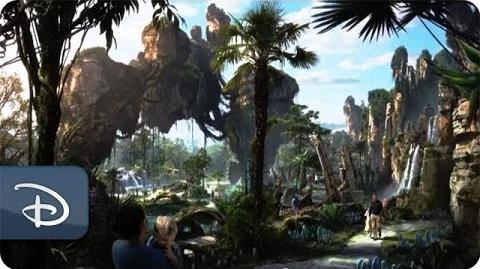 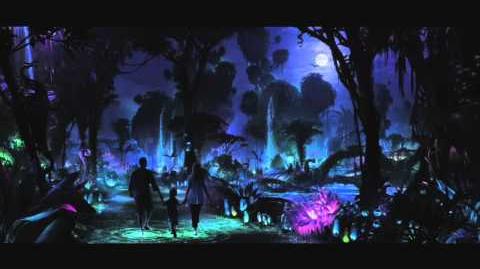 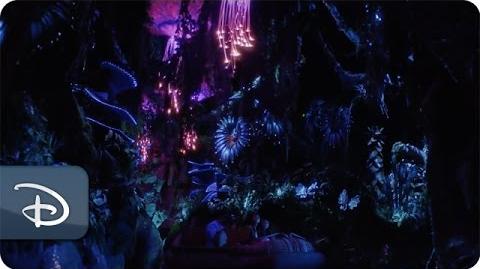 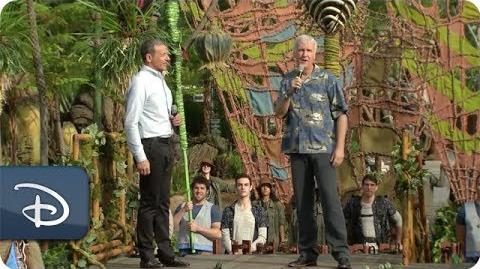