Parade of the Award Nominees

Parade of the Award Nominees

English
"Parade of the Award Nominees" was a short made for the 1932 Academy Awards and was Mickey's first appearance in color.

A short short made especially for the 1932 Academy Awards show; it features a small parade of the nominees for best actor and actress. In order they were Wallace Beery for "The Champ" (with Jackie Cooper trailing along behind), Alfred Lunt and Lynn Fontanne for "The Guardsman", Helen Hayes for "The Sins of Madelon Claudet", Fredric March for "Dr. Jekyll and Mr. Hyde", and Marie Dressler for "Emma".

Mickey's first color appearance. Notice how he wears green shorts rather than the familiar red ones he would later be associated with. 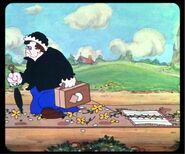 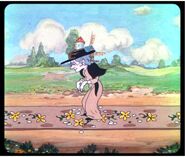 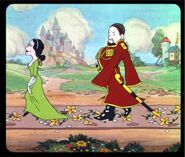 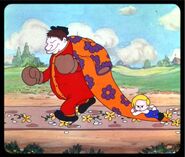 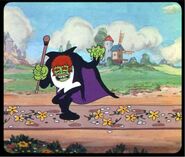 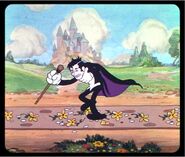 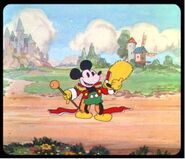 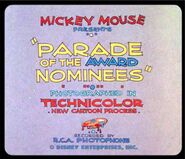 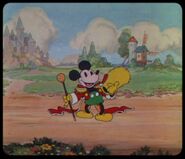