2004-present
Parvesh Singh Cheena is an American actor, who, for Disney, portrayed Mr. Babalabaloo in The Suite Life of Zack & Cody, Ron Sr. in Just Beyond, a conductor in Raven's Home, and a Pet Shop Owner in the live action remake of Lady and the Tramp. He also provides the voice of Bodhi in T.O.T.S., Bot-Bot MO-J4 in Star Darlings, Deany in The Rocketeer, Tibbles in The Owl House, and Manish in Mira, Royal Detective.

Cheena was born in Elk Grove, Illinois, of Indian descent and grew up in Naperville, a suburb of Chicago. He went to Waubonsie Valley High School and studied musical theatre at the Chicago College of Performing Arts. He became recognized for his role of Samir in Barbershop with Ice Cube and the sequel Barbershop 2: Back in Business. He also appeared in other films, like Because I Said So, The Other End of the Line, House Broken, Hello I Must Be Going, Time Toys, and Music.

His television credits include a variety of live action and voiceover performances, which include ER, Crazy Ex-Girlfriend, The West Wing, Transformers: Rescue Bots, Craig of the Creek, The Goldbergs, Fresh Off The Boat, Help Me Help You, Outsourced, Sean Saves the World, A to Z, The Big Bang Theory, Mr. Mom, and Centaurworld. 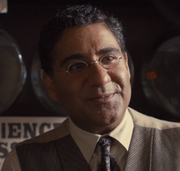 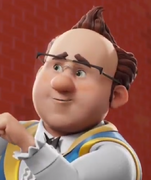