Janie Haddad (2010-present)
Paul Francis Tompkins is an American actor, voice actor, and comedian, screenwriter, and producer. He is best known for his work in television on such programs as Mr. Show with Bob and David, Real Time with Bill Maher, and Best Week Ever, later renamed Best Week Ever with Paul F. Tompkins. He is also well-known for voicing Randy, Pierre, Herman, and Bronconius on the Fox animated sitcom Bob's Burgers. He even voiced Mr. Peanutbutter in the Netflix adult animated black comedy-drama series, BoJack Horseman.

For Disney, he voiced Shorty in the 2010 Disney animated feature film, Tangled, Tangled Ever After, and Tangled: The Series, Gladstone Gander in the 2017 reboot of DuckTales,[1] and the Tooth Fairy in Big City Greens. 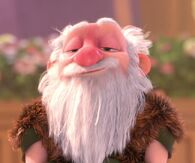 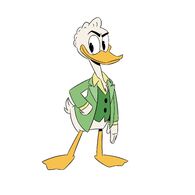 Retrieved from "https://disney.fandom.com/wiki/Paul_F._Tompkins?oldid=4234610"
Community content is available under CC-BY-SA unless otherwise noted.