Being scared (which causes her to release ink)

Pearl is a pink flapjack octopus in Disney/Pixar's 2003 animated film, Finding Nemo and its 2016 sequel. She says she has one shorter tentacle than the rest, though this is barely noticeable.

Pearl is pink like her father Ted, but unlike him, her face is positioned in the middle. She also claims to be able to walk on land. Whenever she gets nervous or scared, she squirts her squid ink, or "inks" as she calls it. This trait was presumably inherited from her father, who has a similar release of ink when he encounters Bruce and his fellow sharks.

One of Mr. Ray's students, Nemo meets Pearl and her friends, Tad and Sheldon, while waiting to start school. She was part of the group who saw the boat. Like the other children, she tries to see how close to it she can swim. When Marlin accuses Nemo of swimming passed the drop off, she and the other kids try to defend Nemo. When the divers appear, she flees with the rest of the class, being protected by Mr. Ray as they escape from the divers. She is the only one to scream at the situation.

She briefly appears at the end of the film, welcoming Nemo and newcomer Squirt into the class as she, Nemo, and the other students prepare for a new adventure for exploring.

Pearl returns in the sequel, albeit only making two appearances throughout the film. She first appears in the scene where Mr. Ray is telling his class about the stingray migration and during the spot where the stingray migration occurs in which Mr. Ray warns the class to stay away from the undertow to avoid getting caught in the current and later looking at Dory who was knocked unconsciously by the large group of stingrays. Pearl last appears at the end of the film, where she, Tad, Sheldon, and the rest of the students discover that Mr. Ray joined the stingray migration in which Hank, Bailey, and Destiny substitute for Mr. Ray's class.

Pearl is seen in The Seas with Nemo & Friends at Epcot in Walt Disney World as part of the group who is searching for Nemo and worry about him. She also appears on the coral reef sculpture outside of the Pavilion.

She also appears in Finding Nemo: The Musical at the Animal Kingdom playing the same role as in the movie. 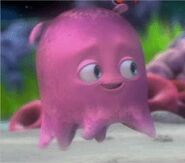 Pearl with Tad and Sheldon 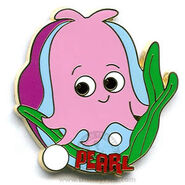 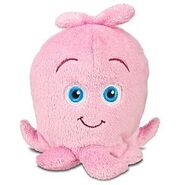 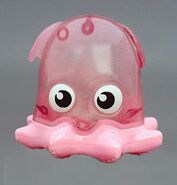 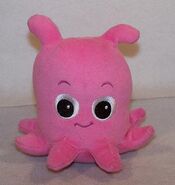 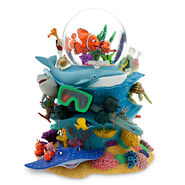 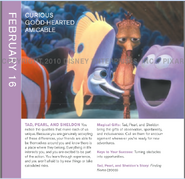 Her, Tad, and Sheldon's Disneystrology page 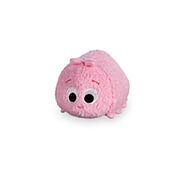