Pepe the Bull was an animated television series pitched to Disney Television Animation by Jorge R. Gutierrez and Sandra Equiha, creators of El Tigre: the Adventures of Manny Rivera on Nickelodeon, in 2002 that was rejected and only remained as a pilot episode. It could have been Disney's first ever Flash-animated series, but this ended up being The Buzz on Maggie, which Gutierrez provided character designs for. 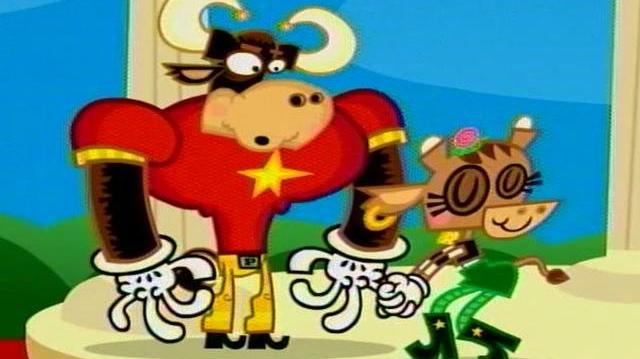