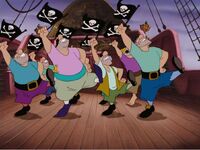 The names of the pirates 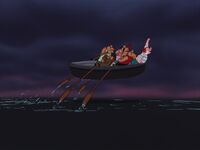 The Pirate Crew defeated along with Mr. Smee 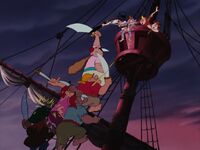 The Pirates vs. Lost Boys

The Crew dancing in the Jolly Roger

The Pirates points to the prank for Wendy and the boys 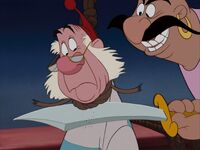 "We have almost forgotten how to slit a throat..." 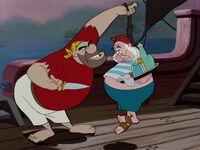 "We ought to be tending to the business of looting ships!" 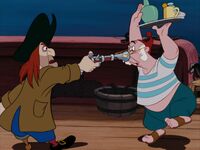 "...while his nibs play 'ring around the rosey' with Peter Pan!" 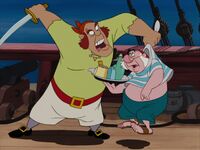 "Here we are, collecting barnacles on this miserable island..." 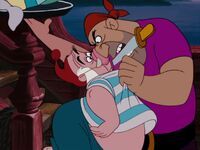 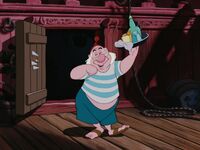 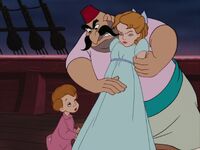 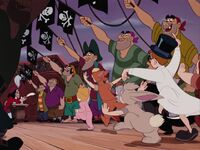 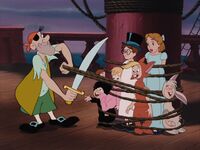 The most tattooed member of Captain Hook's crew. 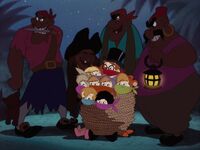 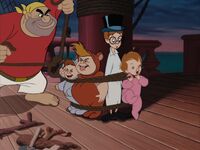 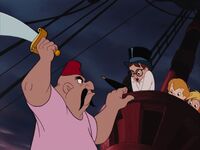 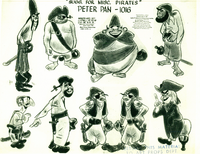 Early suggestions for the pirate crew (1940) 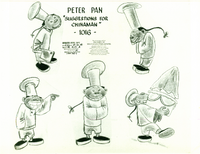 A model sheet for the deleted character, Chinese Chef (1940) 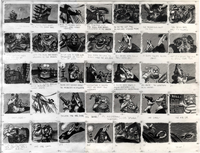 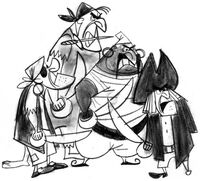 Theme Parks and other live appearances

Pirate Crew in Disney On Ice 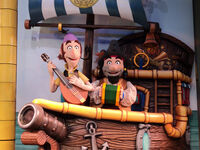 Pirate Crew in Peter Pan to the Rescue at Disneyland Paris

Sharky and Bones Live-action forms
Add a photo to this gallery
Retrieved from "https://disney.fandom.com/wiki/Pirate_Crew_(Peter_Pan)/Gallery?oldid=1016922"
Community content is available under CC-BY-SA unless otherwise noted.