In October 2011, Jerry Bruckheimer confirmed that they are working on a script. In an interview, Kevin McNally stated that a fall 2012 production start was possible. Because of the financial success of On Stranger Tides, the film's director Rob Marshall might return for this addition to the series. On July 6, 2011, Johnny Depp was reported to be close to a deal for the fifth film. Due to Depp's filming of The Lone Ranger (2011–2012) they would not be filming the fifth installment until 2014. Orlando Bloom said he would like to return for a fifth film if he was offered. In August 2012 news that Depp signed on officially for the fifth film had surfaced.

In November 2012 Sunset, the ship which played the Black Pearl and the Queen Anne's Revenge in the second, third, and the later in the fourth film was docked into Long Beach California from Oahu, Hawaii where On Stranger Tides was filmed, waiting for her call up. In January 2013 Disney announced that Pirates of the Caribbean 5 would be released on July 10, 2015.

In the fourth film the cast and crew were told by Disney not to occupy their time in the near future, as the studio intends to shoot a fifth and sixth film back-to-back. However, it has since been stated that only a fifth film is in the works. On January 14, 2011, it was confirmed that Terry Rossio will write the screenplay for the fifth installment, without his co-writer Ted Elliott. Johnny Depp said that he would be happy to return as Captain Jack Sparrow saying "As long as we can put all the puzzle pieces together, I would most definitely consider it." Jerry Bruckheimer said that the fifth film would be a stand-alone film. According to Terry Rossio, the script for the fifth film is finished, and he has handed the script to Disney executives. Speaking at the fourth film's press launch in Cannes, Depp said he would play the role for as long as it is popular with the public.

Disney has a wishlist of directors they would like to direct, as Rob Marshall has not yet accepted nor declined to direct. The list includes Tim Burton, Sam Raimi, Alfonso Cuaron, Shawn Levy, Chris Weitz, and original Pirates director Gore Verbinski. Verbinski and Burton are Disney's top choices as they have both worked with Disney and Johnny Depp on numerous occasions. On July 6, 2011, Johnny Depp was reported to be close to a deal for the fifth film. Due to Depp's filming of Lone Ranger (2011–12) they will not be filming the 5th installment until 2014. In August 2012, news surfaced that Johnny Depp signed on officially for the fifth film. On January 11, 2013, Jeff Nathanson has sign on to write the film. On May 9, 2013, Deadline.com reported that Fredrik Bond, Rupert Sanders, Joachim Rønning, and Espen Sandberg were all shortlisted for directing the movie. On May 29, 2013, it was announced that Rønning and Sandberg from Norway would be directing the film. Production is slated to begin in Fall 2014 for a 2016 release.

On August 22, 2013, it was revealed that the title of the fifth film would be Dead Men Tell No Tales, alluding to the line well-known from the Pirates of the Caribbean theme park attractions. On September 11, 2013, Disney pushed back the realesed date of Pirates 5 until 2016 for script and budget issusses and details for the film were rumored by Bleeding Cool, which includes a new female lead and troublemaker for Captain Sparrow who is suspected of witchcraft, which is a big part of the film, but she is actually a scientist, two new romantic leads from farming families, that get involved in Sparrow's plans, one of the film's leads is a ghost and a "former member of the British military now siding with Barbossa on a revenge mission", that gives the film its title. The film would start with an "awkward wedding" and concludes with "a riff on the myth of the Bermuda Triangle".[3]

In March 2014, Bob Iger confirms that the movie don't have the greenligth just yet.

On April 4, 2014, in an interview Depp said that Bruckheimer and Disney had invited him in to collaborate with the writer Jeff Nathanson. He also said that he wants to bring a Pirates film that's very fresh and different for the people who saw the other ones. Depp also said that it might be the last one in the series.[4]

On June 2014 Jerry Bruckheimer hope that the production of Pirates of the Caribbean 5 will begings in early 2015.

On 15 Jenaury Kaya Scodelario was officially confirmed in the cast.

On february 2015 the production begins with the return of Kevin McNally and Stephen Graham and actress Golshifteh Farahani confirmed to join in the cast and finish on July 2015 after 95 days of shot. After nearly a year in post production, reshoots and additional photography was conducted in Vancouver, Canada from March 24 to April 23, 2016.

Pirates of the Caribbean: Dead Men Tell No Tales grossed $172 milion in USA and $623 milion in other territories for a worldwilde total of $795 milion, against a production budget of $220 milion.

Reviews of Pirates of the Caribbean: Dead Men Tell No Tales were mostly negative by critics. On the Rotten Tomatoes the film has an approval rating of 30% based on 241 reviews and a average rating of 4.7/10.

On Metacritic the film has weighted average score of 40 out of 100 based on 35 critics. Audiences polled by CinemaScore gave the film an average grade of A-, while comScore reported that filmgoers gave an 62% positive score who means "positive reviews". 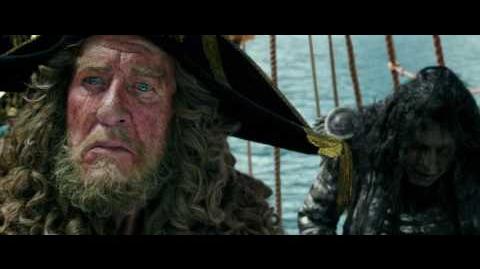 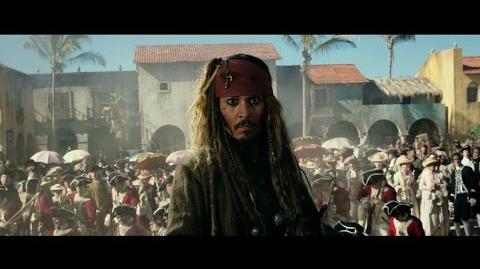 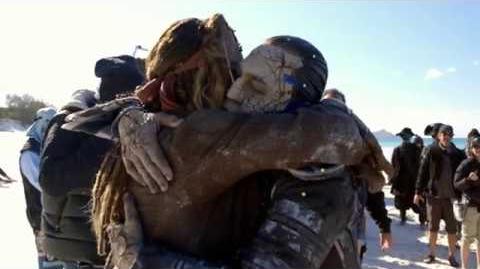 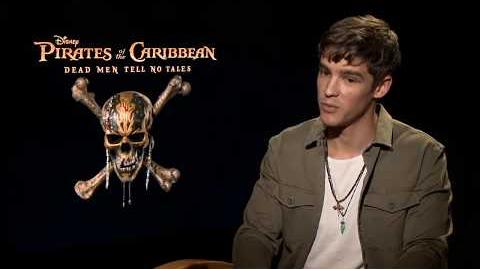 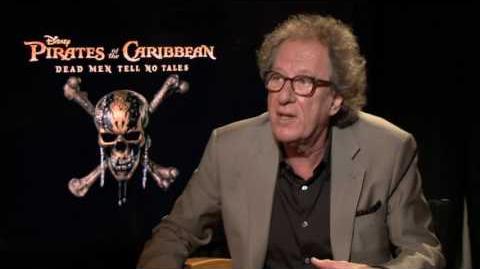 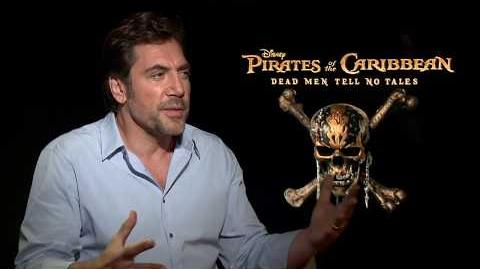 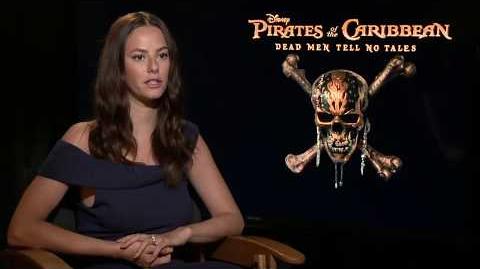 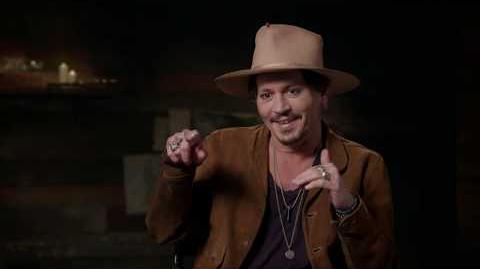 Retrieved from "https://disney.fandom.com/wiki/Pirates_of_the_Caribbean:_Dead_Men_Tell_No_Tales?oldid=3307534"
Community content is available under CC-BY-SA unless otherwise noted.