July 30, 2022
"Pizza vs. Fireworks" is the first episode of the Disney Channel series Chibiverse.

Molly McGee and Tilly Green host a chibi short showcase, meanwhile Scratch and Cricket Green argue over whether to end their show with a pizza party or with fireworks. 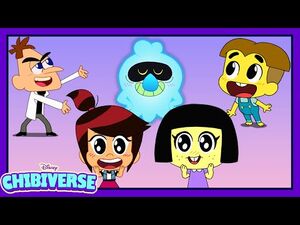 Wander and Lord Hater from Wander Over Yonder made a cameo

From left to right, one of the Beagle Boys, Diogee, British Dog Man, Puff, Demon Dog, Fu-Dog, Bronx, and Phoenix