The Origin of Stitch

Stitch
Jumba Jookiba
Gantu
UGF Troopers
Leroy
Leroy Clones
The Plasma Blaster is the default firearm of the Galactic Alliance, usually in the possession of their reptilian security guards. This is the most famous weapon of the series.

This weapon is of a bulky, rounded shape, usually yellow in color with an orange barrel and a red cover for the ammunition slot. It is notably the smallest version of the plasma weapons and was first used by Stitch after he crash landed on Earth in Hawaii.

A larger model first used by Jumba when trying to capture Stitch. It is easily twice the size of the Mark I and possesses a large protective red cover over the top of the weapon with a small orange fin jutting out of the top. Plugging the barrel causes the weapon to enter a meltdown sequence lasting approximately one minute before it detonates in a large blast of plasma.

Seen in the possession of the Leroy clones, this is clearly a more accurate model of the Mark I. It features a longer barrel covered in holes for a faster cooling rate. It also has a longer, red handle and an orange fin on top, similar to the Mark II. 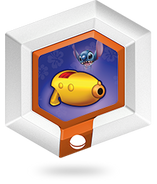 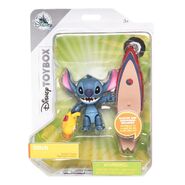