The dark side, war, threats

“There he goes again, craving adventure and excitement.”
―Plo Koon

Plo Koon is a Kel Dor Jedi Master in the Star Wars universe. He is portrayed by Matt Sloan in Attack of the Clones and Revenge of the Sith, and is voiced by James Arnold Taylor in The Clone Wars TV series. He was killed during the Execution of Order 66 by his own troopers.

In Plo's youth, he was stubborn and difficult, yet humble and polite. Overall Plo exhibits the standard characteristics of a Jedi. He is also one of the wisest and most intelligent members of the Jedi Order. In Plo's later years, he became very calm and level-headed, as he rarely lost his composure and never subjected his deeply held values, and beliefs to change or scrutiny.

Like all Kel Dors, Plo has a strong sense of justice, as he sees issues in black and white. He developed a very close bond with Ahsoka Tano, having been the Jedi that found her and brought her to the Coruscant Jedi Temple, affectionately nicknaming her "Little Soka". Because of their bond, Ahsoka was able to sense his presence after his fleet was destroyed by General Grievous. Despite their special bond, like the rest of the Jedi High Council, Plo abandoned Ahsoka when she was accused of treason, making only a few half-hearted attempts to defend her and displaying an appalling amount of disloyalty towards the girl who had looked up to him her whole life.

Plo's devotion to his own beliefs in justice and right from wrong ultimately blinded him to the fact that he knew Ahsoka better than any other Jedi, apart from Anakin Skywalker, and that she would never murder someone in cold blood or commit the crimes that she was being accused of.

However, Plo was the only member of the Jedi Council who actually apologized to Ahsoka after she was proved to be innocent while the others took no responsibility for their failure. Plo humbly admitted they had been wrong to accuse Ahsoka and even called her by her nickname of "Little Soka". But Ahsoka was deeply hurt and disappointed by the whole ordeal, and chose to leave the Jedi Order, feeling she could no longer trust any member of the council, not even the Jedi who had brought her to the Coruscant Jedi Temple in the first place. Plo Koon only felt remorse and regret for not standing with Ashoka.

During the Clone Wars, Plo developed a close bond and respect for the clone troopers under his command and often stated how their lives meant more to him than succeeding in a mission. For instance, he questioned Sergeant Sinker about why he had no hope of being rescued. When the clone replied that it was because all clones were created to be an expendable product, Plo firmly stated "not to me". This shows that he felt a degree of compassion for the clones, which made it all the more harder for some clones serving under him to open fire and kill him upon the execution of Order 66.

Plo was seen among the group of Jedi Masters who spoke with Chancellor Palpatine regarding the attempted assassination of Senator Amidala. Later on, he was among the squad of Jedi who rescued Anakin Skywalker, Obi-Wan Kenobi, and Padme Amidala on Geonosis. He became a General in the Clone Wars after the battle.

While scouting on Cato Neimodia, Order 66 was enacted by Chancellor Palpatine, now revealed to be Darth Sidious. Plo's pilots immediately fired on him, and his ship was blown apart by a series of laser blasts and the Jedi Master was killed.

Plo appears in this game. 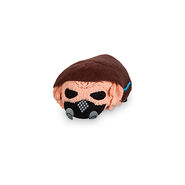 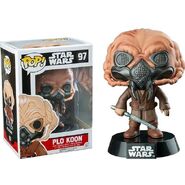 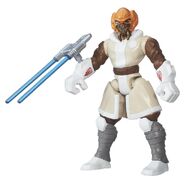