Prince of Asgard
President
Leader of the army of Lokis (formerly)

Being betrayed, losing his hand

“Come on. What did you expect?”
―Loki to Boastful Loki[src]

President Loki is a character from Marvel Comics that appears in the Disney+ series Loki. He is a Variant of Loki that became president but, under unknown circumstances, he was captured by the Time Variance Authority and sent to the Void. There, he is followed by other Lokis, leading an army composed of his own Variants.

President Loki is a Loki from an alternate reality. He did something that created a nexus event which caused the Sacred Timeline to branch, so he was captured by the Time Variance Authority and his reality was destroyed. He was then judged for his crimes against the Sacred Timeline and pruned, being sent to the Void. At some point during his life, he also became president. In the Void, he gained followers, creating an army of Loki Variants.

Boastful Loki: "That was not the bargain! I gave you our location. In exchange for shelter and supplies, you give me your army and I take the throne."
President Loki: "Ah, yes. Not so good a bargain. How about this one? My army, my throne?"
―Boastful Loki and President Loki[src] 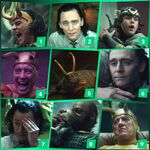 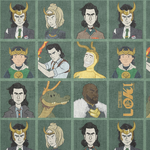 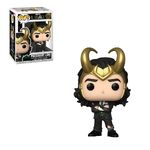 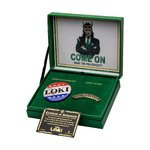 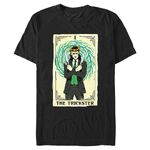 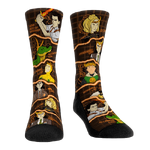