Money, getting his way

Children, not getting his way, Max interfering with his plans
Principal Elliot T. Jindrake is the main antagonist in Max Keeble's Big Move. He is the former principal of John J. Curtis Junior High School and Max's archnemesis.

Jindrake is a corrupt, greedy businessman. He hates children and had only taken up the job for school principal to get paid.

However, his secret motive was to demolish the animal shelter and replace it with a football stadium. This would ultimately lead to his downfall when Max exposed his scheme and rescued the shelter, resulting in him getting fired and facing criminal charges for fiddling with the budget. 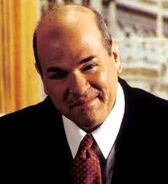 Jindrake's defeat
Add a photo to this gallery

Retrieved from "https://disney.fandom.com/wiki/Principal_Elliot_T._Jindrake?oldid=4528580"
Community content is available under CC-BY-SA unless otherwise noted.