Pluto at the Zoo

Private Pluto is a Pluto cartoon released on April 2, 1943. In this cartoon, Pluto is in the army and he gets antagonized by Chip and Dale. The cartoon marks the first appearance of Chip and Dale.

This short showcases Pluto as a soldier. Pluto is a guard dog on a military base. He's told there are saboteurs, and is assigned to guard a pill-box (gun emplacement). First, Pluto tries to follow marching orders, contorting himself into quite a mess. Then, he engages in hijinks with Chip and Dale who are using a cannon to store and crack their nuts, and a war of wits naturally ensues. 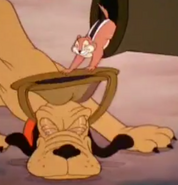 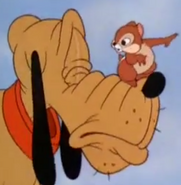 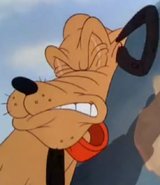 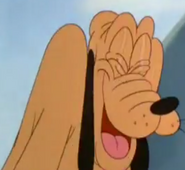 Retrieved from "https://disney.fandom.com/wiki/Private_Pluto?oldid=3750623"
Community content is available under CC-BY-SA unless otherwise noted.