Ollie Johnston (The Cinderella that Almost Was)

Musical abilities
Professor LeFoof was supposed to be Anastasia and Drizella's music teacher, until it was decided that it would simply be Lady Tremaine who led her daughters' singing lesson.

He is an overweight man who has short black hair, a dark purple jacket, sky blue shirt, black pants, and black shoes.

While attempting to teach Anastasia and Drizella how to sing, LeFoof would've become infuriated, because the barnyard animals would've begun to raise a racket and make horrible noises, which he'd have thought the girls were making fun of him. By the time Cinderella came in with the ball invitation, LeFoof would've stormed out in a rage. 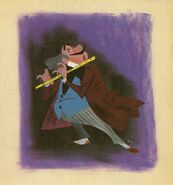 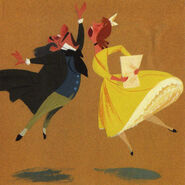 LeFoof with Drizella, by Mary Blair. 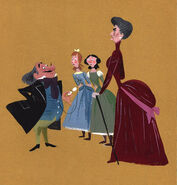 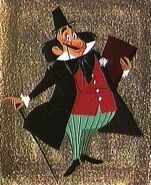 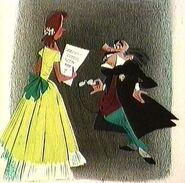 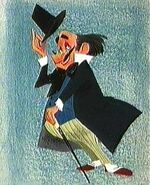 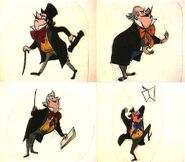