Smash and Grab
Purl is a computer-animated expermimental short film produced by Pixar and is part of Pixar's SparkShorts series. It premiered at Siggraph 2018.[2] The short was first announced by Kristen Lester on her Twitter account.[2] It was subsequently released on YouTube on February 4, 2019 and on Disney+ in late 2019.[1]

An earnest ball of yarn named Purl gets a job at a fast-paced, high energy, male-centric start-up. Things start to unravel as she tries to fit in with this close-knit group. Purl must ask herself how far is she willing to go to get the acceptance she yearns for and in the end is it worth it?

Purl is a small pink ball of yarn who has just been hired at B.R.O. Capital, a very male-centric business company of some sort. She displays a cheery disposition with her personal belongings even being made of yarn. Right away, her connection to her coworkers is limited as all the men have a virile attitude and do not get any of Purl's jokes, nor do they seem interested in hanging out with her. Feeling like she is at her lowest, Purl resolves to change her attitude by knitting herself a suit and giving herself a flat and square appearance.

The change ends up working as she displays a more assertive and bombastic attitude that wins over her peers. As she happily heads out with the guys, another ball of yarn, a yellow one named Lacy, arrives and tries to introduce herself, but gets ignored by everyone. Realizing that she is facing the same distance she once did, Purl introduces herself to Lacy and then introduces her to the guys who reluctantly invite her in.

Later, another new employee joins B.R.O. Capital with Purl, back to her normal round self, taking him to his new spot. As they enter the office room, it is now populated with both men and yarn women who are all happily conversing with each other. 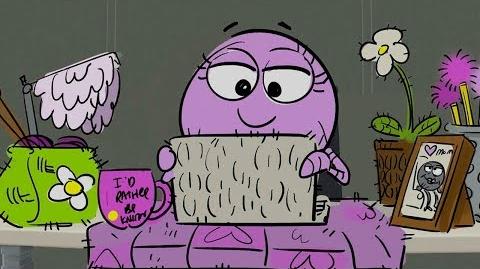 Go Behind the Scenes of Purl Pixar SparkShorts 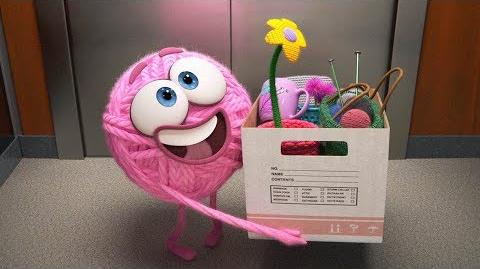