Images of Queen Elinor from Brave.

Elinor and Fergus by Matt Nolte.

"Fergus, no weapons on the table"

Elinor and the family tapestry

Elinor with her husband, daughter, and sons

Elinor not pleased with the brawl between her husband, the Lords, and their clans

"Archers, to your mark!"

Elinor furious with Merida's actions during the tournament

Elinor realizing she has been turned into a bear

Elinor seeing herself in a mirror

Elinor wearing her crown as a bear

Elinor with her ears up

Elinor trying to clean her tongue from the poison

Elinor spitting out the water

Elinor applauding for Merida's success of hunting a fish

Elinor in the stream trying to catch a trout

Elinor with a fish in her mouth

Elinor having a good time with Merida

Elinor and Merida continue following the Will O' the Wisps

Elinor worried after seeing Merida fall down inside the throne room

Elinor roaring when she spots Mor'du

Elinor pointing out to Merida that she can't stop the fight between Fergus, the Lords, and their clans

Elinor sneaking in while telling Merida to continue speaking

Elinor posing as one of Fergus' bear trophies to avoid detection

Elinor hearing while noticing what Merida is saying

Elinor breaking free from her bonds to save Merida

Fergus and Elinor showing love to each other

Elinor and Merida working on a new tapestry

Elinor as a Bear and Merida in a new tapestry

Fergus, Merida, Elinor, and Maudie waving goodbye to the Lords

Elinor and Merida riding on their horses

Elinor in the family tapestry 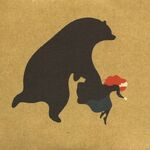 Fergus manoseando a Elinor
Add a photo to this gallery 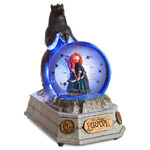 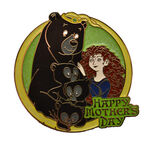 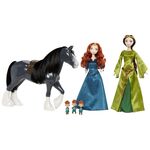 Queen Elinor's signature.
Add a photo to this gallery
Retrieved from "https://disney.fandom.com/wiki/Queen_Elinor/Gallery?oldid=3802681"
Community content is available under CC-BY-SA unless otherwise noted.