Rapunzel's Journal was a gift to Rapunzel from her mother, Queen Arianna, so she could document her own adventures as Arianna did with hers.

The day after Rapunzel's long hair returned and had just finished breakfast with her family, Arianna walked into Rapunzel's room holding a small chest with Corona's sun crest on it. Rapunzel opened it to find two levier, binding books, one old and one that is new. The old one is Arianna's journal from her days traveling around the world and had placed preset pressed flowers into it, before she had met Frederic; Rapunzel was amazed by what she read about her mother as it got her to see that they were alike before opening the newer one, which Arianna was giving her daughter so she too could write about the adventures that she may have in the kingdom, and Arianna had placed in it a written message in French that means: "There is more in you".

Near the end of the film, Rapunzel drew her father on one of its pages, next to the words that are about that day's events and the conversation they had. While Arianna's message in it gave Rapunzel the determination to seek the answers that would hopefully uncover the mystery of her hair's return, and to someday reach her dream of seeing the world outside of Corona.

Rapunzel continues to write and draw about the events in the series. In "Pascal's Story", Pascal had looked through the journal has he saw the drawings of Rapunzel with her new friends, more than the days they spend together; until the two returned from the tower and back to the castle as a new page of the two of them was added. While in "The Wrath of Ruthless Ruth", the journal was opened and when Frederic saw the drawings that told him about the dangers that Rapunzel has faced; he ordered the Captain of the Guards to make sure that the guards "discreetly" watch Rapunzel and to keep her from finding anymore trouble that she could get into. Near the end of "Queen for a Day", when Rapunzel wrote and drew of that day's events she thought about the choices and actions that she had made and the hurt look on Varian's face when she placed Corona over his plea for help and placing their faith in a fairy tale, she begin to think that she didn't want to be queen after all; even when it is her birthright she didn't want to go through those kind of events again.

When Rapunzel was allowed to leave Corona and have adventures, with her friends as they follow the black rocks, she uses the journal to document the events of her journey, including Eugene's second attempt to propose to her and the citizens of Vardaros preferring Cassandra's ideas over hers. She also uses it as a sketch book, as Rapunzel paints the things and places that she has seen and been to on her journey, as well as to express her current thoughts through the drawings she paints in it. Since she had placed a painting of Captain Quaid in the journal while thinking about the good he will bring back to Vardaros.

Arianna's message: "There is more in you, love Mother"

The Frederic page from Tangled: Before Ever After

The Rapunzel and Pascal page in "Pascal's Story"

The Rapunzel and Eugene page in "Pascal's Story"

The Rapunzel, Cassandra and Owl page in "Pascal's Story"

The Maximus and parents page in "Pascal's Story"

The page of "Pascal's Story"

The page of "Challenge of the Brave"

The page of "Under Raps"

The page of "Queen for a Day"

Front cover of the journal

The page of Tangled: Before Ever After

The page of "Beyond the Corona Walls"

The page of "The Return of Quaid"

The page of "Goodbye and Goodwill"

The page of the gang being upset and angry in "Mirror, Mirror"

The Journal falls from inside doppelgänger Eugene's clothes

The pages are empty

The page of Varian in "Be Very Afraid"

Rapunzel's coronation page from Tangled: Before Ever After

The page from "Secret of the Sun Drop"

The page from "Curses!"

The page of "Plus Est En Vous" 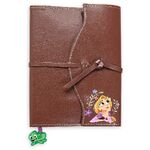