1997-present
Rashida Leah Jones is an American film and television actress, comic book author, screenwriter, and occasional singer. She is the daughter of Quincy Jones and Peggy Lipton, also the younger sister of Kidada Jones. She is best known for her roles as Louisa Fenn in the Fox drama series Boston Public from 2000 to 2002, Karen Filippelli in the NBC comedy series The Office from 2006 to 2011, and as Ann Perkins in the NBC comedy series Parks and Recreation from 2009 to 2015.

For Disney, she played Veronica, Dolores, and extras in the 2011 feature film, The Muppets and voiced the emotions of the "Cool Girl" in Disney•Pixar's Inside Out. She also played Santamonica in Black-ish and Mixed-ish and voiced Marcy Kappel in Spies in Disguise.

She was originally set to co-write the screenplay for Disney•Pixar's Toy Story 4,[1] but she and co-writer Will McCormack withdrew from the flm after "philsophical differences",[2] while Stephany Folsom and Andrew Stanton,[3] who replaced Jones and McCormack as screenplay writers, scrapped three quarters of the original script.[4] 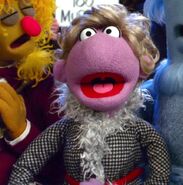 Cool Girl's Emotions
(Inside Out) 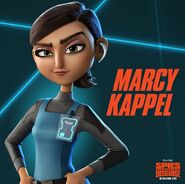 Rashida Jones at the premiere of The Muppets in November 2011.

Rashida Jones speaks at the Angie Tribeca panel at the 2016 Winter TCA Tour.

Rashida Jones poses in the press room at the 61st annual Grammy Awards in February 2019.