George Raymond "Ray" Stevenson is an English-Irish film and television actor who is best known for his television role as Titus Pullo on the BBC/HBO historical drama series Rome from 2005 to 2007 and for his film roles as Dagonet in King Arthur and Frank Castle/The Punisher in Punisher: War Zone.

For Disney, he played Volstagg in the 2013 film Thor: The Dark World, and in the 2017 film Thor: Ragnarok. Ray also provided the voice of Gar Saxon in Star Wars Rebels.[1] 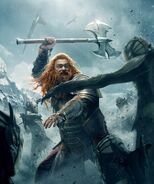 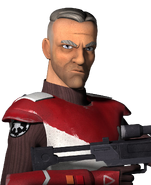 Retrieved from "https://disney.fandom.com/wiki/Ray_Stevenson?oldid=3695103"
Community content is available under CC-BY-SA unless otherwise noted.