2006-present
Raymond Ochoa is an American actor, who is best known for his role as Manuelito in 10 Items or Less and Gabe in The Walking Dead: A New Frontier. He is the younger brother of Ryan Ochoa, who is also an actor.

For Disney, he voiced Caroline's Child in the 2009 Disney film A Christmas Carol, one of the Martian Hatchlings in the 2011 film Mars Needs Moms, Squirt in Kinect Disneyland Adventures and Dash Parr in Kinect Rush: A Disney/Pixar Adventure and the Disney INFINITY series, replacing Spencer Fox. He also voiced Arlo, in the 2015 Disney/Pixar film, The Good Dinosaur, Augie in Good Luck Charlie, a young boy in Pair of Kings, and Zane in I Didn't Do It. 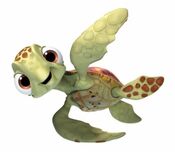 Arlo
(The Good Dinosaur)
Add a photo to this gallery

Raymond Ochoa with his older brother, Ryan Ochoa at the premiere of Rio in March 2011.

Raymond Ochoa behind the scenes of The Good Dinosaur.

Raymond Ochoa at premeire of The Good Dinosaur in November 2015.
Add a photo to this gallery
Retrieved from "https://disney.fandom.com/wiki/Raymond_Ochoa?oldid=3856170"
Community content is available under CC-BY-SA unless otherwise noted.