Realizations is a high end collectible toyline produced by Bandai which consists of toy licensed characters being artistically re-imagined, either by changing a bit of visual aesthetic or in the Meisho sub group of toys, placing the characters in a Edo era Japan setting and changing them entirely.

The toy line is divided into two categories: Movie and Manga, the Movie line has characters from film and television while the Manga line involves characters from comic books. So far, the toy line mainly consists of characters from Star Wars and Marvel Comics respectively as its primary focus. The art designer of the figures is Takayuki Takeya, whose body of work includes designing creatures and heroes for tokusatsu TV shows and films such as Shin Godzilla and Kamen Rider. He is also one of the design artists of Bandai's S.I.C. toyline. 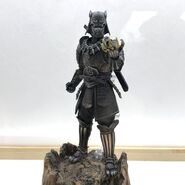 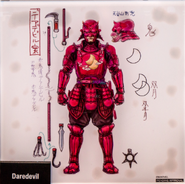 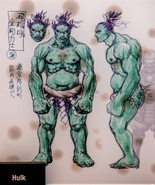 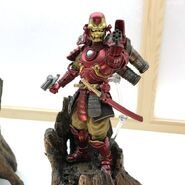 Iron Man MK VII
Add a photo to this gallery

Retrieved from "https://disney.fandom.com/wiki/Realizations_(toyline)?oldid=3984227"
Community content is available under CC-BY-SA unless otherwise noted.