Star Wars: A New Hope
Star Wars: The Empire Strikes Back
Star Wars: Return of the Jedi
Rogue One

The Alliance to Restore the Republic, better known as the Rebel Alliance or the Rebellion, is an interstellar faction of the Star Wars universe.

As a direct reaction to the Galactic Empire, the Rebel Alliance warred throughout the Star Wars galaxy for restoring the ideals and format of the Old Republic. The Rebel Alliance was featured in the original trilogy of films as the main protagonistic faction of the films. The origins of the Rebel Alliance are depicted in the Disney XD series Star Wars Rebels, set between the events of Revenge of the Sith and A New Hope.

Between the events of Return of the Jedi and The Force Awakens, the Rebel Alliance was reorganized into the New Republic, with Mon Mothma as its first Chancellor. The Republic signed the Galactic Concordance with the Galactic Empire establishing the Republic as the dominant Galactic Government and reducing the Empire to a rump state.

Sometime after the fall of the Galactic Republic and the rise of the Galactic Empire, Mon Mothma and Bail Organa, members of the Delegation of Two Thousand, which included the former Queen and Senator of Naboo, Padmé Amidala, started working in secret to overthrow the Empire; as it had now become a tyrannical government controlling the galaxy with an iron rule, with the help of the ex-Jedi Ahsoka Tano, the latter helped Bail establish the Rebel Network.

In Star Wars Rebels, the Rebel Alliance was initially small in numbers, but they were still enough to cause trouble for the Galactic Empire, the Spectres (also known as the Lothal rebels) had caused trouble and even humiliated Imperial officers. The Empire, even with all there resources, were unable to take them down, due to them underestimating the rebels, and the fact that the Spectres were not the only Rebel cells that existed.

Initially, they were not supposed to meet the other cells, that way if they were ever captured, they couldn't reveal the other rebels to the Empire; however, this protocol was abandoned after the events of "Fire Across the Galaxy".

During the events of "Secret Cargo", Mon Mothma, the leader as well as one of the founders of the Rebellion, rallies the various Rebel cells to unite into a single Rebel Alliance to oppose the Empire.

“Until this battle station is completely operational, we are vulnerable. The Rebel Alliance is too well-equipped. They're more dangerous than you realize.”
―Imperial General Cassio Tagge some time before the Battle of Yavin

By the time of the events of A New Hope, the numbers within the Rebellion had increased to the point where they had become a rebel army, despite their size capabilities, the Empire, particularly Palpatine, often underestimated the strength and determination of the Rebellion. This would eventually lead to the Galactic Empire's downfall at the Battle of Endor between the Imperial and Alliance forces where, with the loss of the Emperor, his right-hand Darth Vader, the Executor-class Star Dreadnought Executor, the second Death Star and so many men and materials, the Empire was all but destroyed after the battle was over.

Throughout the Galactic Civil War, the Rebel Alliance had a few Force-users in their group, particularly Jedi and ex-Jedi alike; such as Ahsoka Tano, Kanan Jarrus, Ezra Bridger and Luke Skywalker respectively. It was not until Palpatine was killed by the redeemed Anakin Skywalker/Darth Vader (Luke's father) that the Rebels ultimately defeated the Galactic Empire; ending the Galactic Civil War.

Notable Divisions of the Rebel Alliance

Crew of the Ghost 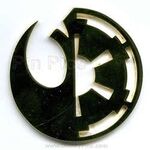 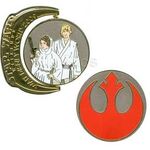 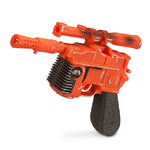 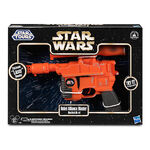 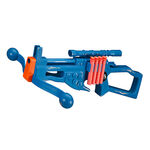 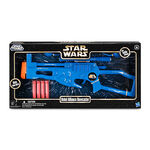