Rose
Rene Marie Russo is an American actress and former model who is known for starring in a series of popular, big budget thrillers and action films during the 1990s and has been nominated for several awards, including two nominations for the Saturn Award for Best Supporting Actress for her roles in Freejack and The Adventures of Rocky and Bullwinkle.

Frigga
(Thor: The Dark World and Avengers: Endgame)
Add a photo to this gallery 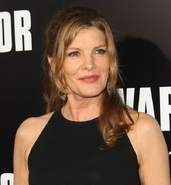 Rene Russo at premiere of Warrior in September 2011.

Rene Russo attending the 2019 Sundance Film Fest.
Add a photo to this gallery
Retrieved from "https://disney.fandom.com/wiki/Rene_Russo?oldid=3942398"
Community content is available under CC-BY-SA unless otherwise noted.