Ullman was born in Eilat, Israel to American Jewish parents. After his first birthday, his family left their kibbutz in Israel for Connecticut in the United States. Ullman was raised in the Conservative and Orthodox denominations of Judaism. He taught himself how to play the trombone and was selected to attend the Hugh O'Brian Youth Leadership Foundation (HOBY) youth leadership program of Connecticut where he was selected as the "outstanding ambassador" enabling him to attend the HOBY World Leadership Congress in the summer of 2002.

Ullman's first professional role was as Louis in the national touring company of The King and I along with Jesse McCartney in 1997. He later landed the role of Christopher Knight in the TV 2000 movie Growing Up Brady. He also appeared in television shows like Law & Order: Criminal Intent, House, Cold Case, The Middleman, Criminal Minds: Suspect Behavior, and as Kip in Rita Rocks. 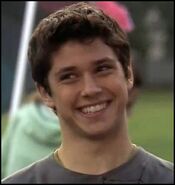 Phil Diffy
(Phil of the Future) 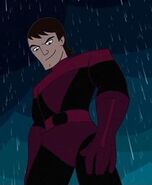