3
Robert Reed Carradine is an American actor, best known for playing Lewis Skolnick in the Revenge of the Nerds series of comedy films. He is the father of actress Ever Carradine.

His Disney roles include Maxwell Dweeb in Totally Minnie, Don Keeble in Max Keeble's Big Move, Sam McGuire in Lizzie McGuire, John Fairfield in the Disney Sunday Movie episode "The Liberators", and Malachi Van Helsing in Mom's Got a Date with a Vampire. Robert will return as Sam McGuire in The upcoming Lizzie McGuire Revival on Disney+. 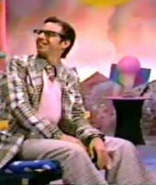 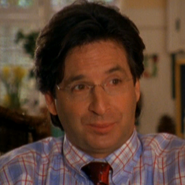 Sam McGuire
(Lizzie McGuire)
Add a photo to this gallery

Add a photo to this gallery
Retrieved from "https://disney.fandom.com/wiki/Robert_Carradine?oldid=4178443"
Community content is available under CC-BY-SA unless otherwise noted.