Rocket Viking Ship (when he's transformed into a Viking ship)

Saving and helping others, being good, having fun, spring, music gas, animals, rocket soup, being with his team

Trouble, having the Rocket Hiccups

It is unknown how old he is because his age was never mentioned. Since Rocket used to be part of Leo's baby mobile that really sings, he is technically a toy. Yet somehow he advantaged to "grow big" like regular people, though he grew as big as the minimum size of a usual rocket. How he did so is unknown. Despite Rocket's origins, he even had a mobile of his own, which included the planets turning around the sun and played "Für Elise". The first mobile is only found in "How We Became the Little Einsteins: The True Story" while the second mobile is only found in "A Galactic Goodnight".

Rocket is a gigantic 4-dimensional toy spaceship made out of red metal. He has a red antenna, clear blue windows, and yellow headlights for eyes. He has large jet engines on the back of him with fin-like tails on them.

The inside consists of a cockpit with 4 bluish-silver seats in which the Little Einsteins sit on. There is a gray and red steering wheel that resembles the handle of a slingshot. He has a dashboard all over the front of the inside covered in buttons and switches with different colors. When the Little Einsteins are inside him and the camera is on the outside, you can see them through the glass in his windows.

There is gray metal on the bottom in which red wheels sprout out from it. Rocket appears to have a pointy piece of metal on the top resembling a fish's top fin.

He can't talk, so he usually communicates by making the sound of a marimba and shaking his antenna. Rocket's grandmother looks just like him but she is pinkish-purple in color and Rocket is red, she is also bigger than Rocket. When he screams, he sounds like a musician insanely playing the marimba really fast. He also sounds like someone making noises with the marimba's keys when he gets the "Rocket Hiccups"

He is nice and friendly, he is trustworthy, loyal and a great friend, and caring for his friends, including his grandmother when he made "Rocket Soup" for her.

His friends are Leo, Quincy, Annie, and June. He also has other friends, but they (like him) are not human, including a young humpback whale. 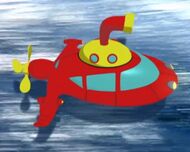 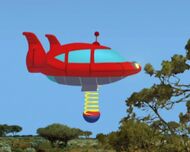 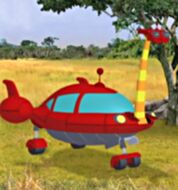 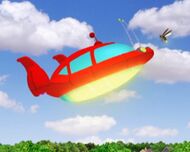 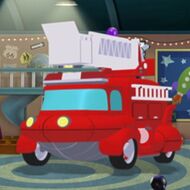 Rocket without his turbines 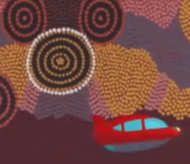 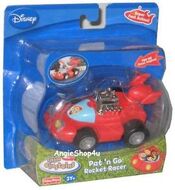 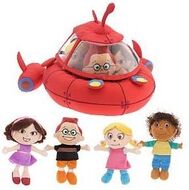 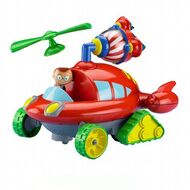 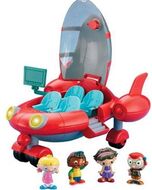 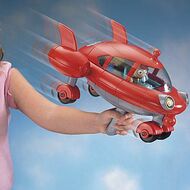 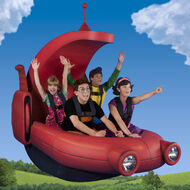 He made an appearance at Walt Disney World as a background for the Little Einsteins puppets in Disney Junior - Live on Stage! in Disney's Hollywood Studios and the Magic Kingdom located at Animation Courtyard. Unlike the other Little Einsteins characters, he doesn't meet and greet people.