Cars 2: The Video Game (as a downloadable character on PS3 and Xbox 360)

Saving the world, helping others, himself

Acer: "Hey! What's so funny?"
Rod "Torque" Redline: "Well, you know, I was just wearing a disguise. You guys are stuck looking like that."
—Rod making an insulting joke about the lemons

Rod "Torque" Redline is a minor character in the 2011 Disney/Pixar animated film, Cars 2. He was an American secret agent who is responsible for finding out information about a mysterious mastermind leading a group of lemons and passing it on to Mater before being captured.

Rod "Torque" Redline is considered by many as the greatest American spy in the world. Recruited after the Cold War for both his brains and brawn, Torque is a tough-as-nails Detroit muscle car with a mastery of disguises. In his latest deep-cover operation, he obtained vital information about the plot to sabotage the World Grand Prix. So Rod plans a rendezvous with his British counterparts to share his discoveries at the World Grand Prix welcome reception in Tokyo, Japan. But with the bad guys hot on his tailpipe, Rod is forced to ditch the intel early and with the first party guest he sees — a rusty American tow truck named Mater.[1]

The scene where Rod was tortured by the lemons and eventually killed was claimed by some to be inappropriate for a film that was made to include young audiences. John Lasseter mentioned that while he knew the point, he thought that the film should have it so to explain how dangerous the electromagnetic pulse generator is.[2]

Nathan Stanton, who was the story supervisor of Cars 2, mentioned that while he knew the scene may be horrifying, he thought that just getting one little piece of it into one of the film's scenes would still include one of the tones a spy movie normally has.[3]

Dave Mullins, a supervising animator, said along with Lasseter that when they were developing the scene, it was darker than in the final film, with reactions from several members at Pixar.[4] To make the scene not so violent, they "backed off tremendously," which included making Rod "tough".[2]

Being cool and brave, Rod had to try and make sure that he completed his mission of finding out secret information, even knowing that he could get killed if he was to be found out by the lemons. He also kept a smile while tricking the lemons with his disguise, though not when he met with them, and he even at one point made an insult about them.

Rod is painted dark blue, and has blue eyes, along with black lining on his sides. To add to that, he has labels saying "G4 DXR", and chrome rims on his tires that have five spokes. One of the spokes on his front left wheel carries a hidden gun. His model is made up of both a 2005 Ford Mustang GT and a Dodge Challenger R/T, and is also said by the Meet the Cars book to be a 2006 Deringer DXR.[5] On his back is a license plate that reads "M1911A1", which is also used to name a kind of gun.

When around the lemons, Rod uses a disguise that represents an AMC Gremlin that is painted ochre with a green stripe and brown eye coverings.

When a racing competition called the World Grand Prix is announced, some American secret agents discover that there is a secret oil reserve located in the Pacific Ocean, being run by a group of criminal cars called Lemons. To find out more information, Rod is sent to the oil reserve, bringing along a couple of gadgets such as a disguise that makes him look like a Gremlin. This completely fools the lemons, who reveal that they have made a machine that appears to be a standard television camera, but is said by Professor Zündapp to be "extremely dangerous". At the same time, British secret agent Finn McMissile is hiding on one of the oil rigs and watching Professor Z explaining about the camera. The lemons are also unable to notice Rod sometime later taking a picture of the mastermind's engine so that he can share it with Finn and Holley Shiftwell.

Rod soon travels with the lemons to Tokyo, where the opening ceremony of the World Grand Prix is being held. When the lemons are not looking, Rod sneaks away and searches for a place where he can meet up with Finn and Holley to give them the photo of the mastermind. Going into a bathroom, Rod takes off his disguise and turns on his tracking beacon for Holley to follow. However, Grem and Acer find him first, and start a battle, where Rod tries to use his gun to shoot at Acer, but both Acer and Grem dodge his tactics, and severely damage his bodywork. Just as Acer attempts to hit him one last time, he runs into the door of a toilet stall, where Mater comes out after experiencing the features of the Japanese toilets. Neither he, Grem nor Acer are able to notice Rod placing a device carrying the photo onto Mater's undercarriage, and Mater is immediately asked by Grem and Acer to leave. As Rod's tracking beacon is also located on the device, it leads to Finn and Holley both thinking Mater is the agent meant to meet them.

The moment Mater leaves, Grem and Acer take Rod to their group's lair and put him onto a platform where his rear tires are between cylinders, while parking boots are placed on his front tires. One of the lemons also fills him up with a fuel known as Allinol, which Rod thanks due to hearing that it is a renewable fuel. At that point, Grem demonstrates the same kind of machine that Rod had seen on the oil platform, as Professor Z shows that while it looks like a television camera, it actually generates an extremely strong electromagnetic pulse. To add to that, Professor Z reveals that allinol has one weakness; it explodes when coming into contact with an electromagnet pulse.

As the allinol in Rod's engine begins to react, Acer tries to get answers from Rod about the photo that he took of the mastermind, asking him if he had given it to any of the guests at the ceremony while showing pictures of the ones Rod had spoken to. The moment Acer shows a picture of Mater, Rod unintentionally reacts with his eyes moving, to which Professor Z is able to spot and figure out that Mater is the one with the photo. With that, the lemons carry out a plan to find and kill Mater and get rid of the photo, horrifying Rod due to knowing that Mater is unaware of this. Finally, Professor Z puts the EMP emitter at full power, killing Rod as his body bursts into flames, bits and pieces.

Rod appears as a character who can be downloaded on the PlayStation 3 and Xbox 360 versions of Cars 2: The Video Game, along with a version of him in his Gremlin disguise. Both require purchases to download them. Players can use him in certain events such as races, which are simulations run by Finn, Holley and their friends. Since the game takes place after the film, Rod is implied to be part of the simulations, like how the lemons are also part of the simulations. He is one of the heavy characters, meaning he does not have as much as speed as some of the other characters. However, he does have more power than some of the others.

Rod with Professor Z, Grem, and Acer, at the party in Japan.

Rod arriving in the bathroom while disguised as a Gremlin.

Rod taking off his disguise

Rod notices Grem and Acer behind him

Rod being beaten up by Grem.

Rod secretly putting classified information and his tracker onto Mater.

Professor Z about to torture Rod.

"Whatever you say. Professor."

"Your mother. Oh no, I'm sorry it was your sister! You know, I can't tell them apart these days."

Rod being aimed at by the electromagnetic pulse emitter

"What do I care? I can replace an engine block!"

Rod noticing a picture of him with Mater.

Rod reacting when the Lemons make Mater a target.

Rod continuing being tortured as Professor Z contacts his boss.

Rod's fiery remains after being exploded by the EMP emitter.
Add a photo to this gallery 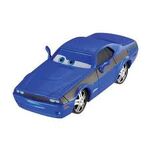 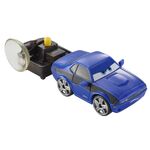 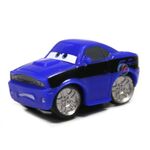 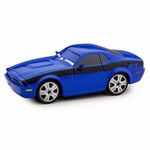 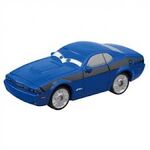 shake n go
Add a photo to this gallery 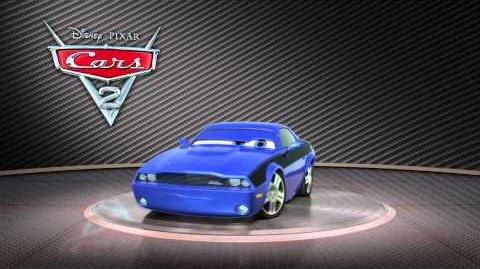 Retrieved from "https://disney.fandom.com/wiki/Rod_Redline?oldid=4374440"
Community content is available under CC-BY-SA unless otherwise noted.