1938-1998
Roderick Andrew Anthony Jude "Roddy" McDowall was an English actor, film director, and photographer, who appeared in Disney films, like That Darn Cat!, Bedknobs and Broomsticks, The Black Hole, and The Cat from Outer Space.

McDowall was born in London, England; the only son of London-born Thomas Andrew McDowall (1896–1978), a merchant seaman of distant Scottish descent, and his Irish wife Winifred (née Corcoran). He attended St Joseph's College, Upper Norwood, a Roman Catholic secondary school in London. As a child, he appeared in several British and American films, but found stardom in films, like Lassie Come Home, My Friend Flicka, and The White Cliffs of Dover.

As he got older he shifted into character roles on film and television that ranged from both supporting and leading roles. His film credits include The Longest Day, Cleopatra, The Greatest Story Ever Told, It!, The Life and Times of Judge Roy Bean, The Poseidon Adventure, Funny Lady, The Thief of Baghdad, Fright Night, Overboard, and as both Cornelius and Caesar in four of the original Planet of the Apes movies, as well as Galen in the short-lived television series. He appeared in stage shows, like Macbeth, Misalliance, No Time for Sergeants, Compulsion, Handful of Fire, Look After Lulu!, Camelot with Julie Andrews, and Peter Brook's The Fighting Cock, which earned him a Tony Award for Best Performance by a Featured Actor in a Play.

He also voiced Cricket Crocket in the 1967 Rankin-Bass special, Cricket on the Hearth as well as voiced characters in their other features like The Return of the King and The Wind in the Willows. He also voiced various characters in Mowgli' Brothers, Snowball in Pinky and the Brain, and Mad Hatter/Jervis Tetch in Batman: The Animated Series. His live action appearances include The Twilight Zone, The Alfred Hitchcock Hour, Combat!, Batman, Night Gallery, The Name of the Game, Columbo, Mission: Impossible, The Carol Burnett Show, Barnaby Jones, The Fantastic Journey, Wonder Woman, Buck Rogers in the 25th Century, Fantasy Island, Hart to Hart, Tales of the Gold Monkey, Mork & Mindy, Murder, She Wrote, Matlock, and as Peter in the TV film, Unlikely Angel with Dolly Parton.

In addition, he served in several positions on the Board of Governors for the Academy of Motion Pictures Arts and Sciences as well as contributing to various charities related to the film industry and film preservation. McDowall died of pancreatic cancer at his home in Los Angeles. 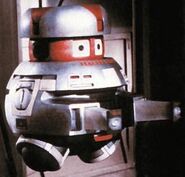 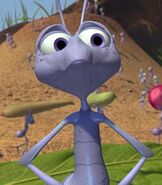