1987–present
Roger Douglas Bart is an American actor, voice actor, and singer. He is known for starring as Carmen Ghia in The Producers.

For Disney, he provided the singing voices of Hercules in the film of the same name and Scamp in Lady and the Tramp II. He also played George Williams in Desperate Housewives, Leo Mason Treadwell in Revenge, Ethen Kendrick in the ABC Studios TV show, Perception, a Dance Teacher in Jessie, and James Hartley in How to Build a Better Boy. He currently stars in the Freeform show, Good Trouble. 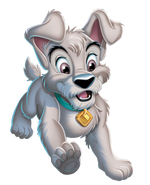 Roger Bart performing "Go the Distance" during his recording session of Hercules.

Roger Bart at premiere of Freeform's Good Trouble in January 2019.
Community content is available under CC-BY-SA unless otherwise noted.
Advertisement