1995–present
Roger Craig Smith is an American voice actor and former stand-up comedian, who is well known for voicing characters in video games. Among these, he is the current voices of Batman and the popular Sega mascot Sonic the Hedgehog in the franchise of the same name since 2010, whom he reprised the role of in the 2012 Disney animated feature film, Wreck-It Ralph and again in the 2018 sequel, Ralph Breaks the Internet.

For Disney, he voiced Prince Phillip from 2002 to 2007, Bolt in Tinker Bell and the Lost Treasure, Nosy in the English dub version of Stitch!, Captain America in projects following Ultimate Spider-Man, and Ripslinger in the 2013 Disney animated film, Planes. He also provided the voice of Runt of the Litter in the video game Chicken Little: Ace in Action, when Steve Zahn was unavailable.

Sonic the Hedgehog
(Wreck-It Ralph and Ralph Breaks the Internet)

Runt of the Litter
(Chicken Little: Ace in Action) 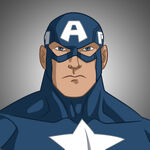 The Tweedle Boys
(Alice in Wonderland) 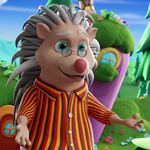 Roger Craig Smith behind the scenes of Planes.

Roger Craig Smith at the premiere of Planes in August 2013.