“A rebellion built on hope.”
―Tagline

Rogue One (known on all promotional material as Rogue One: A Star Wars Story) is a film in the Star Wars Anthology Series directed by Gareth Edwards with a screenplay by Chris Weitz. The film, which was first announced on May 22, 2014, was released on December 16, 2016. It is a direct prequel to Star Wars Episode IV: A New Hope.

Following the foundation of the Galactic Empire, a wayward band of Rebel fighters comes together to carry out a desperate mission: to steal the plans for the Death Star before it can be used to enforce the Emperor's rule.

Galen Erso, a former Imperial Research Scientist, and his family are in hiding on the planet Lah'mu, until they are found by Orson Krennic, Director of Advanced Weapons Research for the Imperial Military. He has come to forcibly recruit Galen to continue work on the unfinished Death Star, a space station capable of destroying an entire planet. His wife is killed when she shoots and injures Krennic but his daughter, Jyn, escapes and is taken into safety by Saw Gerrera.

Thirteen years later, a defecting Imperial pilot known as Bodhi Rook smuggles a holographic message from Galen for the Rebel Alliance to Gerrera on the planet Jedha. Jyn, now an adult, is freed from Imperial captivity by the Rebellion, who plan to use her to track down her father and kill him to prevent the weapon being built.

Jyn, along with Rebel officer Cassian Andor and his reprogrammed Imperial droid, K-2SO, arrive on the moon Jedha where there is an armed uprising against the Empire. With the aid of blind warrior Chirrut Îmwe and mercenary Baze Malbus, Jyn reunites with her old revolutionary mentor Saw Gerrera, who has captured Rook. He shows her the hologram, in which her father expresses his love for her and discloses his coerced help on the project. The hologram also reveals that her father covertly compromised the Death Star's design by including a subtle vulnerability in its reactor that can be used to destroy it. He tells her that the structural plans are at an Imperial high-security data bank on the planet Scarif. Meanwhile, Imperial Governor Grand Moff Tarkin meets with Krennic on the Death Star and expresses skepticism about the project and its management. As a demonstration, Krennic uses the weapon to destroy Jedha's capital and crush the insurgency led by Gerrera, forcing Jyn and her group to flee with Rook, but Gerrera chooses to remain behind and is killed in the explosion. Tarkin congratulates Krennic, but then uses Rook's defection as a pretext to take over control of the project, infuriating Krennic.

Jyn tracks her father to an Imperial research facility, where Krennic arrives. When he threatens to have Galen's main team killed for the security breach, Galen confesses that he is responsible to save them, but Krennic executes the team nevertheless. Jyn makes her presence known just as a rebel bombing raid hits, which leaves Galen fatally wounded. Jyn allows her father to die in her arms before she and her group escape on a stolen imperial shuttle.

Jyn proposes a plan to steal the Death Star schematics from Scarif, but with her father and Gerrera dead and the hologram destroyed, the Rebel leadership have no way of verifying her story and cannot agree on a plan. Frustrated at their inaction, Jyn, Cassian, K-2SO, and a number of rebels take the shuttle to raid the data bank themselves. As the three search the data bank for the design plans, the rest of their team set off explosives and commence firing in the nearby landing area in order to distract the resident stormtroopers. The rebel fleet learns about the invasion from intercepted imperial communications and deploys in support off-planet. Krennic arrives, aiming to review all of Galen's communications to discover what information he had been sending out. Jyn obtains the schematics from the data vaults while K-2SO is destroyed fending off stormtroopers. Krennic ambushes Jyn and Cassian at the vault, and shoots Cassian down before pursuing Jyn to the roof.

Meanwhile, Imwe is killed after activating the master switch to allow communication to the rebel fleet. After informing the rebel fleet that it must take down the planetary shields to allow Jyn to transmit them the schematics, a stormtrooper hurls a grenade into the shuttle; the resulting explosion kills Rook and destroys the shuttle. Malbus dies in battle shortly after. On the roof, Krennic corners Jyn and declares the empire's victory, but Cassian, who has survived, shoots and badly wounds Krennic. Jyn then transmits the plans to the rebel command ship. The Death Star arrives in orbit, where Tarkin uses the laser to destroy the base. Krennic dies instantly, while Jyn and Cassian embrace on a beach before dying in the ensuing shockwave. An Imperial force led by Darth Vader intercepts and boards the command ship. Vader massacres the rebel troops in pursuit of the plans, only to watch as a blockade runner escapes with them. On board, Princess Leia acknowledges the stolen plans will provide the Rebellion a much needed hope for its future.

In late 2013, John Knoll, a veteran of Lucasfilm's special effects division, Industrial Light & Magic pitched a rough outline of the story for the film to Lucasfilm president Kathleen Kennedy. The outline was met with positive remarks and the project was greenlit, with Knoll attached to write a story treatment for the film as well as executive produce it. John Knoll wrote multiple story treatment drafts for the film as a search was conducted for a screenwriter as well as a director.

On May 22, 2014, Lucasfilm announced that Gareth Edwards had been hired to direct the film, with Gary Whitta attached to write a script off of Knoll's story treatment. At the end of 2014, Gary Whitta completed a full first draft of the script before handing final writing duties for the film over to Chris Weitz. In March 2015, the title of the film was officially announced as Rogue One, with Felicity Jones cast as the lead in the film. In April 2015, the series of stand-alone films accompanying Rogue One were dubbed "Anthology Films", with a teaser trailer for the film also being released. In August 2015, the film began principal photography, and the entire cast of the film was announced.

On review aggregator Rotten Tomatoes, the film holds an approval rating of 83% based on 433 reviews, with an average rating of 7.47/10. The website's critical consensus reads, "Rogue One draws deep on Star Wars mythology while breaking new narrative and aesthetic ground and suggesting a bright blockbuster future for the franchise." On Metacritic, the film has a weighted average score 65 out of 100, based on 51 critics, indicating "generally favorable reviews". Audiences polled by CinemaScore gave the film an average grade of "A" on an A+ to F scale, while PostTrak reported filmgoers gave the film a 91% overall positive score.

The Disney Wiki has a collection of images and media related to Rogue One. 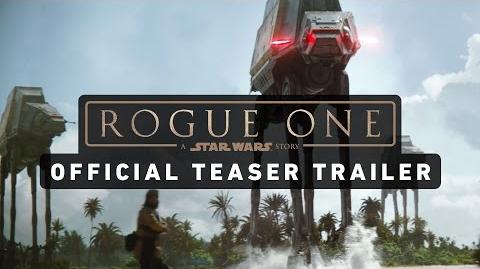 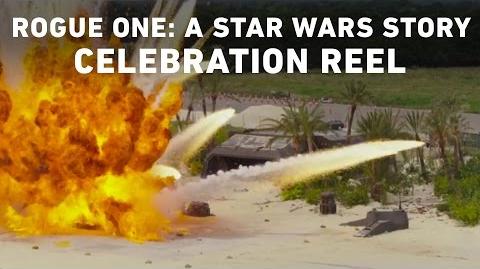 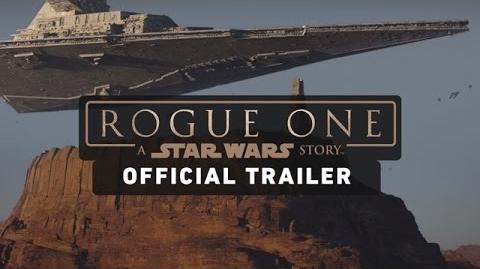 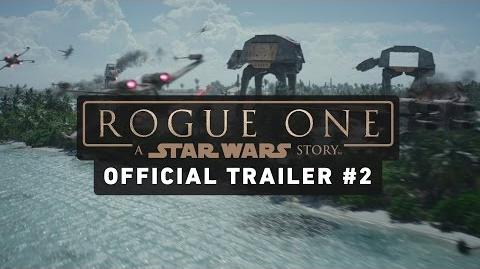 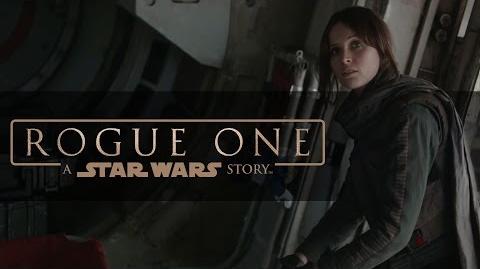 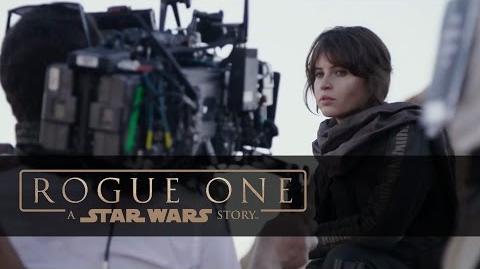 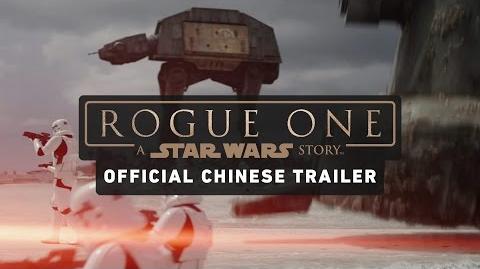 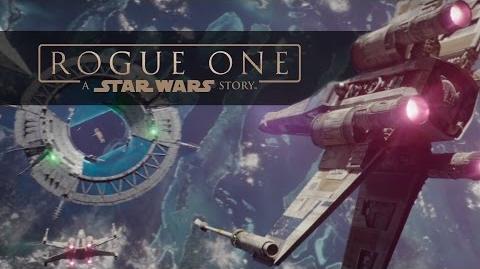 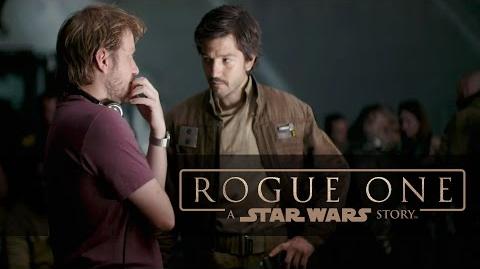 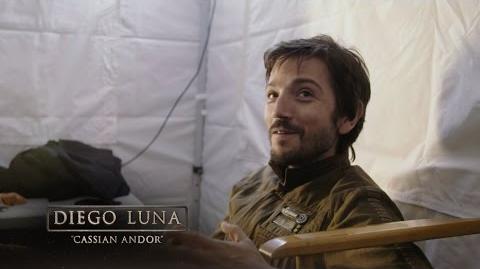 Rogue One A Star Wars Story – Living In Star Wars 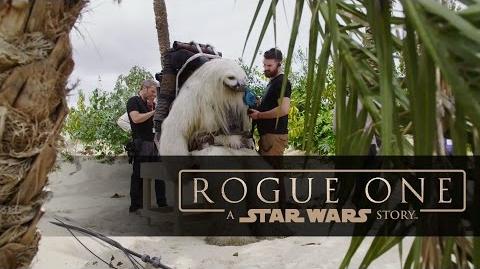 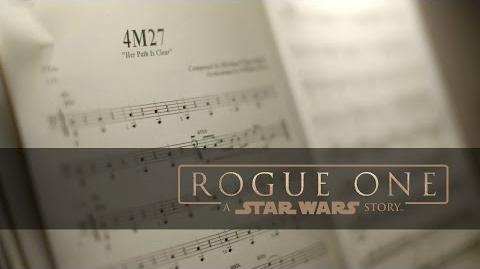 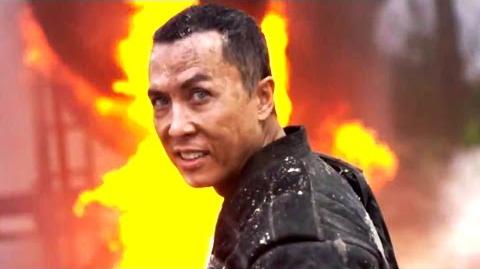 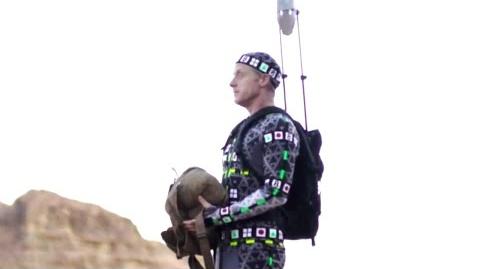 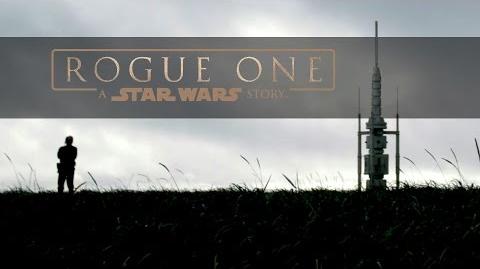 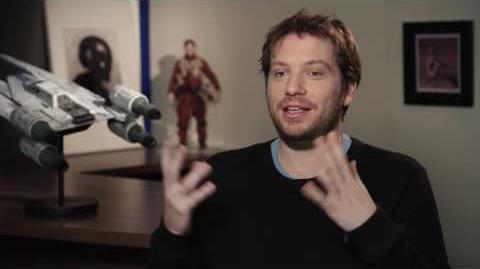 Rogue One Behind The Scenes Interview - Gareth Edwards 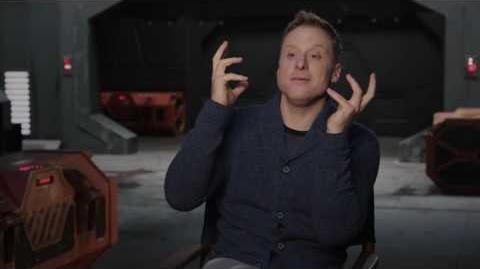 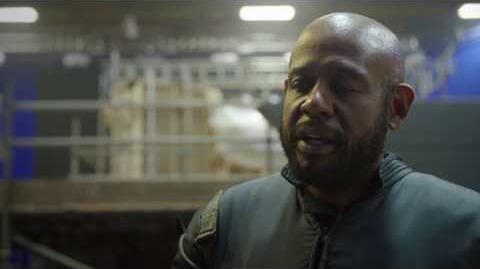 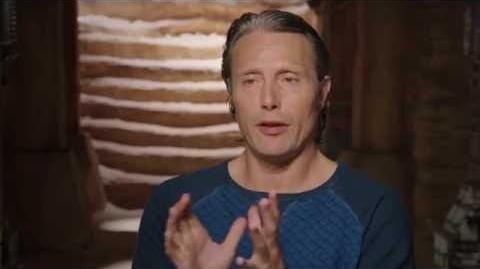 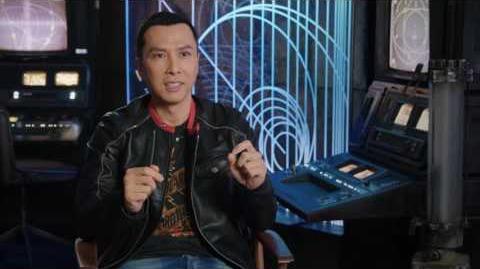 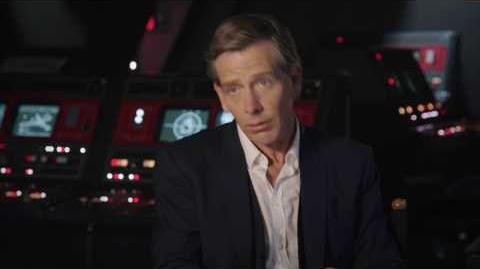 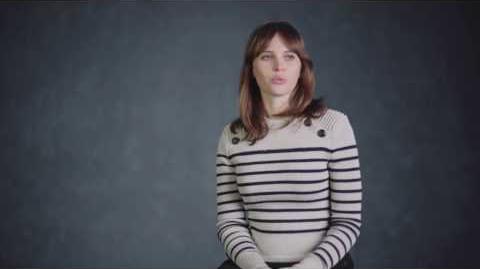