The first time that he surfaced was in the episode "Gorilla Fist". According to Ron Stoppable, he regularly gets out of P.E., and stays home from school, as mentioned in that episode.

In the series finale "Graduation", he was marching behind Bonnie and his cap got nailed by her and he was sitting next to Kim. In "Graduation Part 2", he was pushed off the staged by Bonnie Rockwaller. When Ron and Jim and Tim Possible used the gizmo to destroy Mr. Barkin's van, they were being chased by Mr. Barkin. 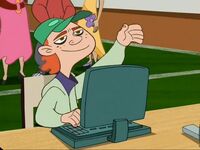 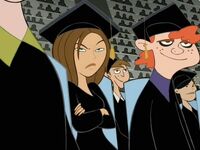 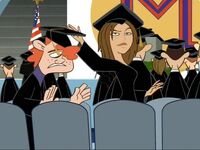 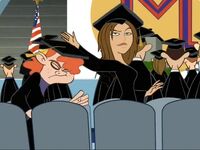 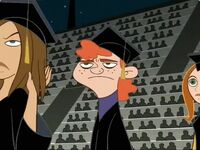 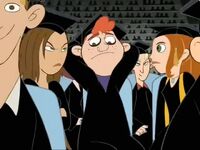 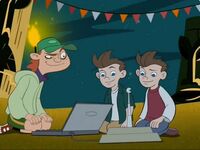 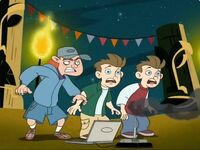 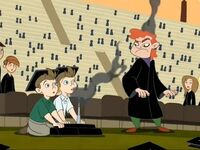 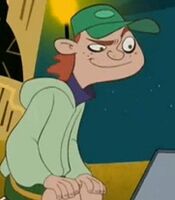 Retrieved from "https://disney.fandom.com/wiki/Ron_Reiger?oldid=3777952"
Community content is available under CC-BY-SA unless otherwise noted.