Mr. Mittens (cat)
Brenda, alias Rope Girl, is the female member of Teamo Supremo. She was recruited to the team for her superb jump-roping skills, which she often makes use of in battle. She uses a special skipping rope, provided to her by Level 7 and nicknamed "Ropey" by her, to evade enemies and also capture them. The rope is also used to transform Teamo's members into their superhero guises.

Brenda also possesses an amount of talent that even she herself does not seem to be aware of. Whenever she makes a technical observation or pulls off some previously-unknown-to-her feat and someone points out they didn't know she could do that, she replies with "Neither did I, but I guess I do!"

Sometimes, Brenda's home duties or fascinations get in the way of her superhero duties. In "The Baron and the Baby Brother", she had to sit out a few missions to look after her baby brother, Barclae. Her admiration for Tiffany Javelyns also resulted in her temporarily not helping her team twice, and both of these times, they suffered without her help. She has also learned quite a bit of self-improvement in her adventures. Samantha helped her conquer her fear of water in the episode that introduced Dehydro. Later episodes have also helped her learn the importance of room cleanliness and reading. She's often hungry as talks or thinks about food. She even says she's hungry after saving the day. 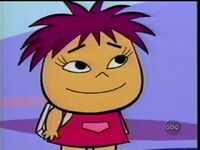 Brenda in her civilian clothes. 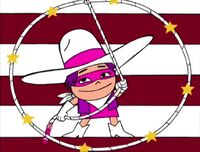 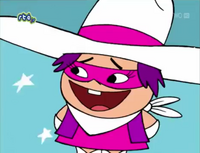 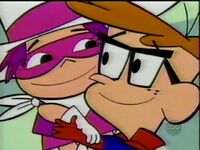 Rope Girl in Captain Crandall's arms in "Welcome to the Magna Mall". 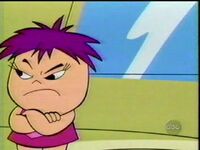 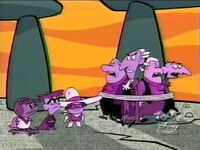 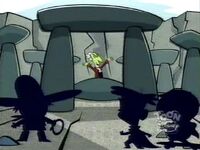 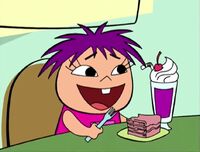 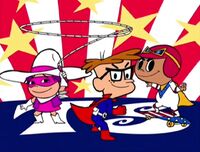 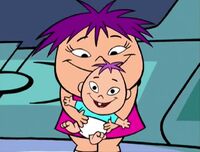 Brenda with her baby brother, Barclae. 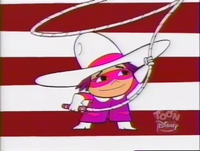