"I already liked you, Max. From the very first time I heard you laugh."
Roxanne is a dog character and the tritagonist from the Disney 1995 film A Goofy Movie where she served as the love interest to Max Goof. She was voiced by Kellie Martin and Grey DeLisle.

Roxanne is a student from Max's high school. She is apparently very beautiful, very popular, and is best friends with Stacey, the student body president. The film shows that Max has had a crush on her for some time, though he believes she doesn't and never notices him due to him being incredibly unpopular. She lives with her father, who is somewhat overprotective of her. She appears to be extremely kind and friendly, as well as extremely forgiving, which is shown at the end when she forgives Max for his lie to her very quickly.

She is later seen in the audience at a school assembly. Like the other students, she grows bored while listening to Principal Mazur's speech. Another boy named Chad takes the opportunity to ask her to Stacy's 'end of school' party, but she presumably refuses him. Suddenly Mazur disappears, and "Powerline", a famous rock star appears on stage. However, he is soon revealed to be Max in costume. Unknown to her, Max had staged the concert in an attempt to impress her.

Near the end of the film, Roxanne is seen at Stacy's party, but is unhappy as, so far, Max has not appeared. Stacy reassures her, and indeed Max and Goofy soon appear on stage. Later, she is seen copying Max's dance, and getting sprayed with Cheddar Whiz by Bobby.

Later, Max goes back to Roxanne's house to tell her the truth. Roxanne is somewhat confused at first. When Max explains that his actions were meant to get Roxanne to like him, Roxanne reveals that she already had, since she heard his unique laugh. She forgives him, and offers to go out on a date that night. Max can't as he has plans with Goofy. Instead, he offers to go tomorrow, and Roxanne accepts. She offers to shake hands to make it a deal, but Max instead kisses her, causing them both to laugh, They then notice Goofy, who is working on his car. The car explodes, causing Goofy to fall right through Roxanne's roof. Max then takes the opportunity to introduce Roxanne to Goofy.

Roxanne does not appear in the sequel, An Extremely Goofy Movie. It is not known what happened to her but it is assumed that either she and Max have split up ( though still could still be good friends ) or are attending different colleges and are in a long-distance relationship. Though it is most likely the former as in the film, Max gives a girl at a clothes shop a flirtatious look and later attempts to give a girl student a seat next to him, but Goofy ends up taking the seat and the girl sits next to Bradley instead when he offers a seat for her.

Roxanne appears in the episode, "Max's Embarrassing Date", taking place about seven years after A Goofy Movie. On Max's night off from work, he takes Roxanne on a date to the House of Mouse. The actions of Mickey and his friends serve to embarrass them both, until Goofy intervenes to let the couple have some privacy. At the end of their date, Roxanne said that despite all of the commotion and embarrassments she had the time of her life, and couldn't wait to come back again. 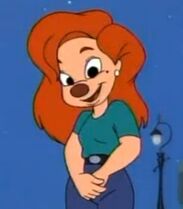 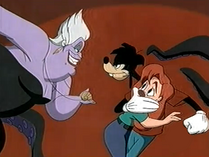 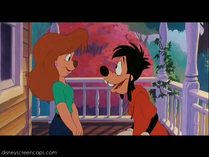 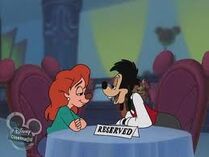 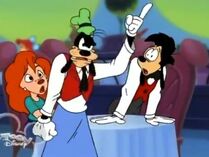 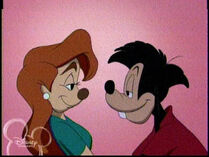 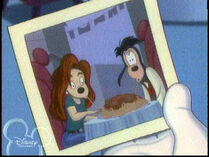 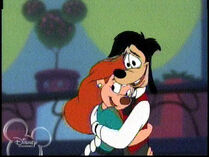 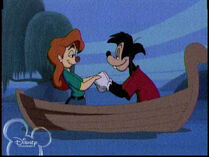 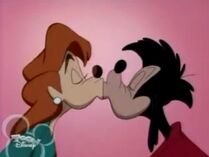 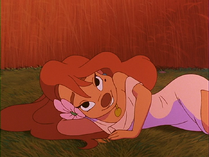