Roy Edward Disney
Roy Oliver Disney was, with his younger brother Walt Disney, co-founder of what is now The Walt Disney Company.

Roy was born to Elias Disney and the former Flora Call in Chicago, Illinois. He married Edna Francis in April 1925, and from this marriage, he was the father of the late Roy Edward Disney, who was born on January 10, 1930.

A statue of Roy O. Disney, seated on a park bench beside Minnie Mouse, is located in Town Square on Main Street, U.S.A. at the Magic Kingdom. 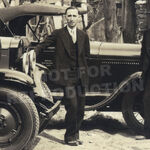 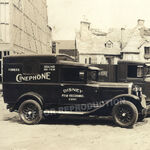 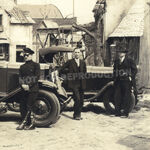 Sharing the Magic, the statue of Roy and Minnie Mouse that sits on Main Street, USA.