Russell "Russi" Taylor was an American voice actress, who was best known for her Disney role as the voice of Minnie Mouse from 1986 until her death in 2019, as well as several other Disney characters including Huey, Dewey, and Louie. She also voiced Nanny and Lucky in 101 Dalmatians: Animated StoryBook.

She was also known for her role as the voices of Martin Prince, Sherri and Terri and Üter Zörker in Fox's The Simpsons. Which she continued to do following Disney's acquisition of Fox until her death.

Russi met Walt Disney one time at Disneyland; Walt asked her what she wanted to do when she grew up, and she said she would work for him. He said "okay". Years after Walt's passing, Russi was indeed hired by Walt Disney Company.[1]

After Taylor's passing, she was replaced by voice actress Kaitlyn Robrock as the new voice of Minnie Mouse. 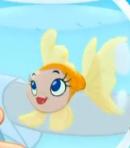 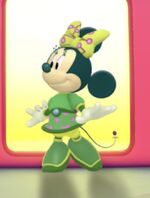 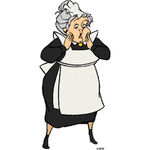 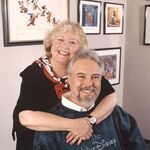 Russi with song writer Elyse Willis during the recording session for Mickey and Minnie's Runaway Railway prior to her death in 2019.
Add a photo to this gallery

Retrieved from "https://disney.fandom.com/wiki/Russi_Taylor?oldid=4242524"
Community content is available under CC-BY-SA unless otherwise noted.