Disney Wiki
Register
Don't have an account?
Sign In
Advertisement
in: Character groups, The Avengers, Ultimate Spider-Man,
and 27 more
English

“We're not the only ones interested in people with powers.”
―Agent Phil Coulson in Agents of S.H.I.E.L.D.

The Strategic Homeland Intervention, Enforcement and Logistics Division (or S.H.I.E.L.D.) is a counterterrorism and intelligence agency from Marvel Comics. It's run by Director Nick Fury in its first incarnation until its collapse in Captain America: The Winter Soldier when it was revealed by Captain America too be infiltrated by HYDRA and stopped Project Insight and destroyed the Triskelion which is S.H.I.E.L.D headquarters. Phil Coulson was made director by Fury and tasked with rebuilding the organization from scratch which he did, operating in the shadows. Also, another faction of S.H.I.E.L.D lead by Robert Gonzales who didn't trust Coulson that survived the fall of S.H.I.E.L.D. They together merged in order to defeat HYDRA. After the war with HYDRA and defeat of Hive, the leader of HYDRA, and with HYDRA destroyed, S.H.I.E.L.D was once again legitimized to the public following the signing of the Sokovia Accords.

S.H.I.E.L.D. was created by Stan Lee and Jack Kirby.

In 1989, Hank Pym went to Triskelion and submitted his resignation to Howard Stark, Mitchell Carson, and Peggy Carter after learning that S.H.I.E.L.D. wanted to replicate its formula. Pym hit Carson against the table after he insulted him; Carter and Stark unsuccessful tried to convince him but Pym already had taken its decision.

When Tony Stark managed to escape from the Ten Rings, Nick Fury sent Agent Phil Coulson to investigate the miraculous escape of Stark. Coulson attended Stark's press conference, where he could get an appointment with Pepper Potts, Tony Stark's assistant. A couple of days later, Coulson attended a charity dinner organized by Obadiah Stane (but guests believed that Stark had organized). Here, Coulson met Stark, with whom agreed to meet to discuss his escape.

When Stane found out that Pepper copied the files from his computer, including the video that incriminated him in the kidnapping of Tony, Pepper decided to have the talk that Coulson wanted so much. Pepper informed Coulson that Stane had planned to assassinate Stark to become the only president of the company. That same night, Coulson and other SHIELD agents went to Stark Industries to arrest Obadiah Stane but Stane was prepared as was holding his new armor, the Iron Monger.

When Tony was working on a project, Coulson arrives at Stark's house to inform him that he will travel to New Mexico to investigate a strange object fallen there. The next day that Tony fight with Rhodey, Fury located Stark sitting on a giant donut and asked him to down and talk to him.

While they talked Stark remined Fury that he is not yet part of his "super-secret-boy-band", then Fury tells him that he is not the only SHIELD's problem and reveals that Natalie Rushman is a SHIELD agent.

After the fight between Tony and Whiplash, Fury informs Stark that he didn't qualify to be an avenger but SHIELD will keep him as a consultant. Later, Coulson calls Fury to report that found the strange object.

After finding the mysterious hammer, Coulson and his men built a facility around the object, also confiscated the Jane's works about wormholes. When a man unsuccessfully tried to lift the hammer, Coulson ordered his men to capture him so he can interrogate him. He questioned the man, who was shocked and did not answer any question he was doing. Erik Selvig suddenly breaks into the facility and told Coulson told that this man was his assistant, Donald Blake. Although Coulson not believe in Selvig, he frees Thor but orders his men to follow as they could be hiding something important.

A couple days later, Coulson and the other agents learn the existence of a new wormhole, then they head to the scene to investigate. Upon arriving they encounter a mysterious armor, which immediately attacked them. After the Destroyer is defeated, Thor asks Agent Coulson to return Jane's investigations about wormholes, which he agreed to return her research.

In a post-credits scene, Fury asks Selvig to study the Tesseract, which Selvig agrees, also it is revealed that Selvig is controlled by Loki.

After being lost at sea for seventy years, SHIELD finds the frozen body of Steve Rogers. They awaken him from his long sleep and hold him in a facility in New York City to help him readjust. The SHIELD agent attending him tells him that he is in a hospital in the year 1945, but Rogers does not believe her and flees. When he steps outside, he discovers that he is in Times Square in the early 2010s. Fury appears to explain what happened.

S.H.I.E.L.D. is directly responsible for forming the Avengers as a deterrent against Loki's plans, and to help get the Tesseract back into their custody. However, Tony Stark, Bruce Banner, and Captain America find out that S.H.I.E.L.D. wanted to use the Tesseract in order to make weapons, similar to the way HYDRA did in World War II.

Many S.H.I.E.L.D. agents watch on monitors as the Avengers fight the Chitauri in New York. Later, Director Fury tells the World Security Council that he has allowed custody of the Tesserect to go to Thor who has taken it back to Asgard, and that the remaining Avengers have gone their separate ways and are no longer answering to S.H.I.E.L.D. Amid criticism from the Council, Fury defends the integrity of the Avengers Initiative and tells them that the world needs the team.

S.H.I.E.L.D. Agent Jasper Sitwell was responsible for retrieving the Chitauri weapon, Item 47, and neutralizing the couple who found the weapon and used it to go on a robbing spree. Instead of neutralizing them, Sitwell hired them to work for S.H.I.E.L.D.

S.H.I.E.L.D. was mentioned as a source by J.A.R.V.I.S. as he obtained intel from various organization regarding The Mandarin to create a data file for Tony to use as a means of locating him.

The next day, A furious Rogers went to Triskelion to talk to Nick Fury. Rogers tells Fury that he is tired of his secrets. Fury then decides to show him the Project Insight. Rogers is unhappy because he believes the project instills fear, not security. After discovering that he cannot get information about Project Insight, Fury asks his old friend, Alexander Pierce to delay the launch. Hours later, Fury is attacked by mercenaries and the Winter Soldier.

That night, Nick Fury went to Steve Rogers' apartment to inform Rogers that SHIELD was compromised and do not trust anyone. Suddenly, Fury is attacked by a mysterious sniper. Rogers follows him and discovers that the sniper is a man with a metal arm. Confirmed the "death" of Nick Fury, Pierce cites Rogers to meet and talk. As Captain America not yield information about the death of his friend, Pierce started a hunt for Rogers, since for him Rogers is a fugitive of SHIELD. Days later after discovering that HYDRA was infiltrated into SHIELD for years, Romanoff, Rogers, and Wilson meet with Nick Fury, who had faked his death. Here they devise a plan to stop Project Insight and destroy HYDRA forever. At one point time of the meeting, Rogers and Fury discussed since for Rogers SHIELD should disappear. Seeing as everyone agreed with Rogers, Fury finally agreed and gave Rogers the command of the mission.

The next day, Captain America reveals to the world that HYDRA was infiltrated into SHIELD for years what caused a war between the two organizations. Finished the battle, SHIELD was dissolved but HYDRA did not, Fury then decided to go to Europe to investigate HYDRA.

Fury gave Coulson the Toolbox so Coulson could rebuild S.H.I.E.L.D. However, there was another faction of S.H.I.E.L.D. led by Robert Gonzales. Eventually, Gonzalez and Phil Coulson decided to work together as they both had a common enemy, HYDRA. Working together, they managed to destroy the base that HYDRA had in the Arctic and also the location of Baron Strucker (although Gonzales did not know that). With the threat of HYDRA finished, they had to deal with another growing threat called Inhumans. Some misunderstandings led to a war between SHIELD and the Inhumans. Died during this war, the leader of the Inhumans, Jiaying and SHIELD agent Robert Gonzales (among the main casualties). Later, following the signing of the Sokovia Accords and defeat of HYDRA, S.H.I.E.L.D was legitimized to the public.

James Rhodes aka War Machine, mentions S.H.I.E.L.D during an argument with Captain America on the Sokovia Accords.

S.H.I.E.L.D. appears in this movie, helping Captain Marvel protect Earth from the Kree.

S.H.I.E.L.D. personnel have access to an extensive array of cutting-edge technology. A supply contract with Stark Industries ensures that they have some of the most advanced weapons and equipment available. S.H.I.E.L.D. maintains a fleet of Acura vehicles for the regular deployment of field agents and scientists. S.H.I.E.L.D. editions of the Acura MDX, Acura TL, and the Acura ZDX are painted in black and equipped with sophisticated surveillance technology.

The military arm of S.H.I.E.L.D. uses a range of surface vehicles suitable for urban security, and aircraft with combat capabilities extending to fighter jets and helicopters. This branch also has exclusive access to previously unknown aircraft types. 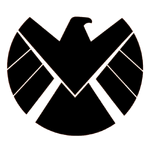 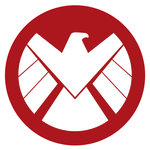 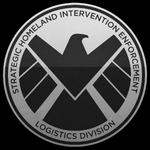 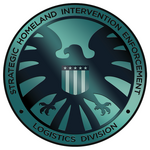 The Triskelion, the primary headquarters for S.H.I.E.L.D. in Washington D.C. 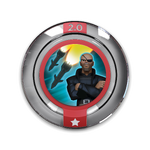 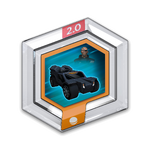 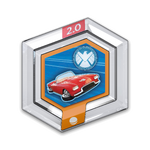