In 1956, Walt Disney hired him to form Disneyland Records and to be Music Director and producer for the label. Camarata had suggested Disney build his own recording studio, but Disney declined and instead encouraged Camarata to build his own. In 1958, Camarata purchased the first building, an old auto repair shop on Sunset Boulevard in Hollywood, California, that would become the location of Sunset Sound Recorders. He produced over three-hundred albums there during his 16-year association with Disney. He scored several albums at Disney to help children gain a knowledge of, and love for, classical music.

He was also the vocal supervisor for the 1963 movie Summer Magic, which included musical performances by Hayley Mills and Burl Ives. A great many Disney movie soundtracks were also made at Sunset.

His other works include writing the musical score for the film, London Town and television programs, like Startime, The Vic Damone Show and The Alcoa Hour, where he conducted the score for "The Stingiest Man in Town", starring Basil Rathbone.

Camarata was honored as a Disney Legend in 2003. 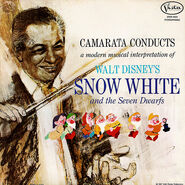 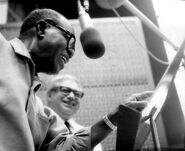 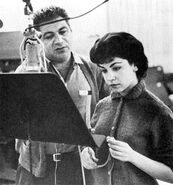 Add a photo to this gallery
Retrieved from "https://disney.fandom.com/wiki/Salvador_Camarata?oldid=4528803"
Community content is available under CC-BY-SA unless otherwise noted.