1
Samuel Peter William "Sam" Riley is an English actor and singer, who was best known for his role as English musician Ian Curtis in the 2007 biographical film, Control.

For Disney, he performed as the human form of the raven Diaval in the 2014 film, Maleficent and reprised his role in the 2019 sequel Maleficent: Mistress of Evil. 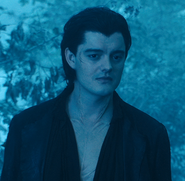 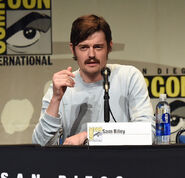