Esme (with Creed-Miles)
Edie and a boy (both with Holm)
Samantha Jane Morton is an English actress and film director. During her career, she has won a BAFTA TV Award, a Golden Globe Award, and has been nominated twice for an Academy Award and once for an Emmy Award.

For Disney, she voiced Shush in Lilo & Stitch: The Series and portrayed Sola in John Carter. 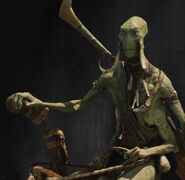 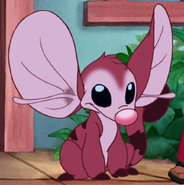 Shush
(Lilo & Stitch: The Series)
Add a photo to this gallery
Retrieved from "https://disney.fandom.com/wiki/Samantha_Morton?oldid=4052503"
Community content is available under CC-BY-SA unless otherwise noted.