Disney Wiki
Register
Don't have an account?
Sign In
Advertisement
in: Article of the week, Characters, Disney characters,
and 14 more
English

Prince Phillip
Samson is a supporting character in Disney's 1959 animated feature film Sleeping Beauty. He is the faithful and valiant steed of Prince Phillip.

Although Samson does not speak aside from neighing, he seems to have some intelligence, being astute enough to know the way to his residence by memory.

Samson is first introduced with Phillip, 16 years after Maleficent's curse and Aurora's life as Briar Rose first began. He and Phillip are out riding when Phillip is suddenly intrigued by the beautiful singing voice of a peasant girl and is determined to investigate. Samson is initially against this course change, but Phillip convinces him to go along when he promises Samson an extra bag of oats and a few carrots to eat. However, after failing to woo her due to falling into a creek, an embarrassed Phillip denies Samson those extra carrots.

Later on, after heading back from Stefan’s kingdom to the forest to meet with the peasant girl again, Phillip and Samson are kidnapped by Maleficent and her goons and are hauled off to her castle at the Forbidden Mountain. There, the Three Good Fairies arrive to the rescue, freeing the duo. The team races out of the castle and towards King Stefan’s castle where Aurora has fallen into a deep, sleep-like death, with a kiss of true love being the only thing capable of awakening her. But as they race to the rescue, Maleficent unleashes her wrath by turning herself into a dragon and knock Phillip off Samson's saddle with her fire breathing power. The two battle and the battle ends when the evil fairy-turned-dragon is stabbed by Phillip’s Sword of Truth that was magically empowered by the enraged good fairies, who finally have had enough of Maleficent. After Maleficent is destroyed, Samson, Phillip, and the three fairies head towards the castle and with True Love’s Kiss, the princess is finally awakened, along with the others in the kingdom, including King Stefan, Queen Leah, King Hubert, Minstrel, and the Herald

Samson appears in Disney Princess Enchanted Tales: Follow Your Dreams in the Keys to the Kingdoms segment. He is first seen when Phillip and Aurora are walking and talking all about Aurora taking over while he leaves, which Samson interrupts them.

He is seen again when Phillip is heading to and returning from the Royal Conference. Phillip is seen riding him, instead of riding the carriage with Hubert, Stefan, and Leah. Samson is seen arriving back to the palace with Phillip, along with the two kings and Leah, when Lord Duke comes running to the carriage and warns them about the giant chickens, green pigs, and cows he saw in the throne room. After they enter the palace, Samson is not seen again for the remainder of the first segment.

Samson's relationship with Aurora is explored in "An Amazing Team" a short story featured in 5 minute Disney Girl Power Stories.

Samson is upset because he can't compete in an upcoming joust due to Prince Philip being away, but while taking him out for a ride, Aurora gets an idea that since Philip won't be there, she and Samson should compete in the joust together. Samson is delighted by the idea and he and Aurora practice together in the same place where he and Philip practiced jousting. In the end, even though they don't come in first place, Samson and Aurora prove that the two of them make a great team. 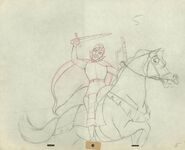 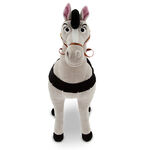 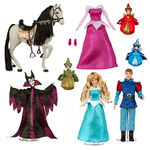 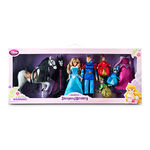 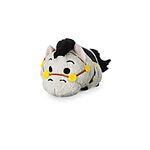