Samuel Arrow is the first mate to Captain Abraham Smollett in Muppet Treasure Island. In contrast to the character as portrayed in the original Treasure Island, where the first mate is a drunken lout, Mr. Arrow is pompous, efficient, and highly safety-oriented. Though he shares the captain's distrust of (and disgust with) the Crew of the Hispaniola, Mr. Arrow performs his duties well. His efficiency nearly becomes his downfall, when Long John Silver lures him into a lifeboat, on the pretense of a safety check, and then sets him adrift. Arrow's unexpected return helps turn the tide in the battle against the pirates.

The character was later adapted as an action figure, the first of several Muppet Treasure Island figures released by Palisades Toys. 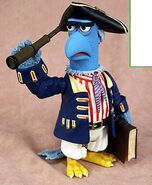 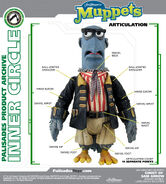 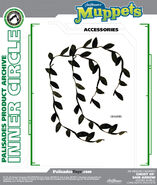 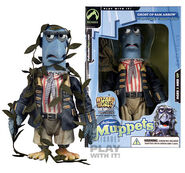 Add a photo to this gallery
Retrieved from "https://disney.fandom.com/wiki/Samuel_Arrow?oldid=2527347"
Community content is available under CC-BY-SA unless otherwise noted.